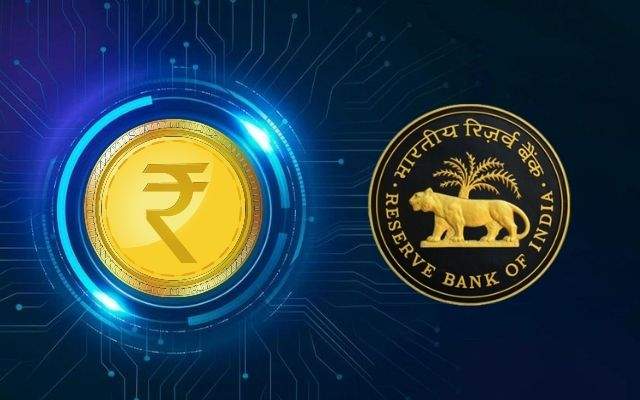 Convert Text to Speech
We all know this is the era of block-chain and digital currency. A few days ago private cryptos became prohibited in India from FY 2022-23. That was the first step towards India’s own crypto. In the Union Budget 2022, Nirmala Sitharaman, India's Finance Minister, unveiled India’s digital currency: "Digital Rupee." RBI will release it shortly. The government said that money produced from crypto trading and virtual digital assets such as NFTs would be subject to a 30% tax. So, citizens will prefer to use the country's own Digital Rupee instead. Therefore, what is Digital Rupee India, and is it a cryptocurrency like Bitcoin? In this post, we will explain what is Digital Rupee, CBDC, Digital Rupee launch date, and more. So, without further ado, let's get started! 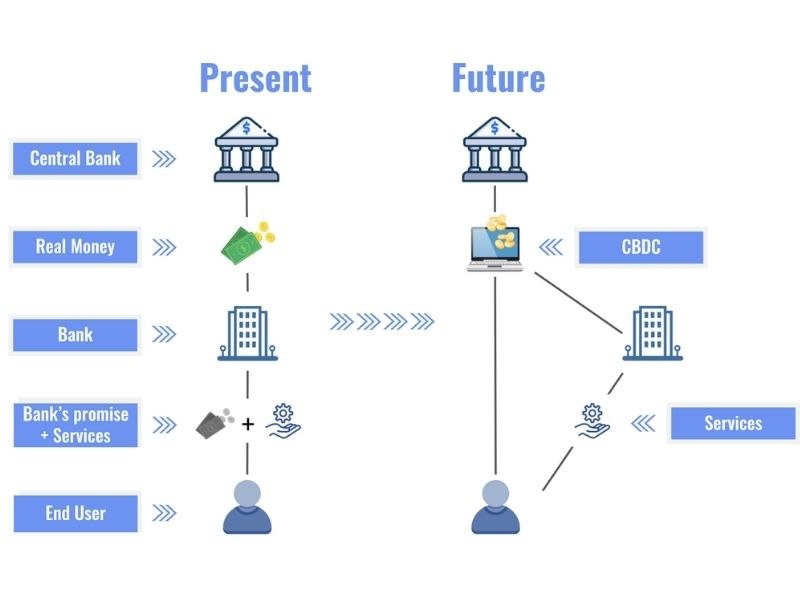 Before diving into what is Digital Rupee, understand the CBDC concept. Central Bank Digital Currencies (CBDC) is a common phrase globally. It's basically electronic money issued by the country's primary bank.

Being India’s central bank, RBI has the right to create a digital currency. It will be equivalent to the paper money presently in circulation. (Paper money or fiat money is issued by a country's central bank legally)

To summarize, the Digital Rupee will be recorded as a liability on the RBI's balance sheet. As a result, citizens will accept it as legal currency in India.

Because RBI will launch the Digital Rupee, it will be a CBDC. You can exchange cash with this digital form of fiat money and complete eRupee digital payment.

What is a Digital Rupee and how does it work?

The simple answer to what is Digital Rupee: It is an Indian CBDC representing India's legal money. This digital token will use Blockchain and other technologies.

When Will the RBI Launch the Digital Rupee in India?

According to the Union Budget, the Digital Rupee launch date is between 2022 and 2023. The RBI has been considering launching its digital currency since 2019. So, we will get the future Blockchain-based Digital Rupee this year or early next year.

How is Digital Rupee Different From Other Cryptocurrencies? 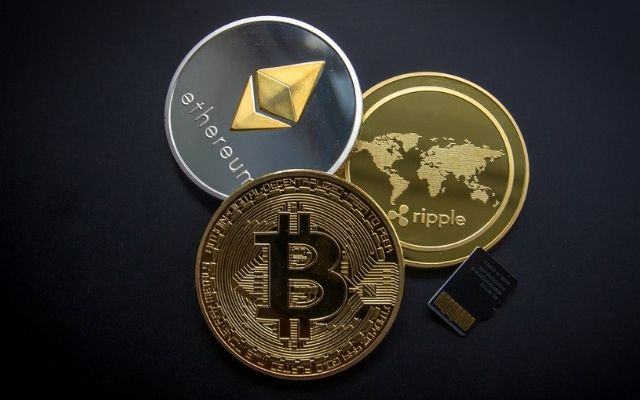 Another uniqueness is that Digital Rupee can track money and uncover information about transactions. It offers much-needed transparency to the monetary system. Cryptocurrencies are anonymous because of their encrypted numbers and characters. That’s why governments put a prohibition on private cryptos and launched RBI digital rupee coin.

What Is the Difference Between Digital Rupee and Digital Cash (UPI, Net Banking)?

Now you know what is Digital Rupee, this question comes to mind. The distinction between Digital Rupee and Digital Cash is technological. It affects things more on the backend than for users who use Digital Rupee to trade. CBDC payments will reduce financial system settlement risk. Consider a UPI system in which CBDC is traded instead of bank balances, it eliminates the requirement for interbank settlement. It also helps payment systems become more real-time and cost-effective.

Now an Indian importer can pay its US exporter in digital dollars on a real-time basis. This transaction would be complete without the US Federal Reserve system settlement.

Therefore, dealing with India’s Digital Rupee will be far more efficient and less expensive than dealing with bank accounts.

Why is India creating its own digital currency? 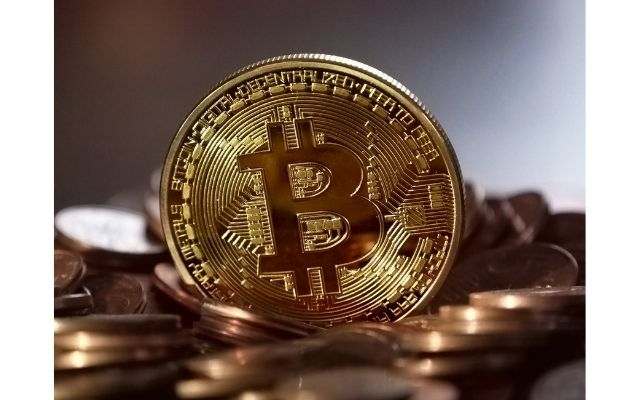 A government-backed Digital Rupee is needed because governments can’t track and control new types of digital currencies. Individuals may use cryptos to hide money for illegal or terrorist activities. Also, to avoid paying taxes on enormous amounts of black money.

The government would not be in a sound position to adopt the right monetary policies if so much money is outside of the country's monetary system. Governments can't actually outlaw cryptocurrencies since it has already become a thing.

That’s why digital money based on Blockchain technology will be a strong and efficient method to govern the monetary system. Digital Rupee would be almost hard to reproduce or counterfeit, which is a major issue with paper money. RBI can also handle the currency more effectively and at a lower cost.

What Are the Advantages of Using a Digital Rupee?

Trust and Legitimacy in Cryptocurrencies

The Digital Rupee has a distinct advantage over other cryptocurrencies in terms of legality and trust, as it is issued directly by RBI. While transacting and investing in private cryptocurrencies, you never know when the government may ban or restrict them. So, it can become a terrible investment.

Digital Rupee transactions will be significantly more minimal friction and efficient than digital cash. It will minimize the time and resources necessary for transaction settlement across different banks and payment gateways.

We don't know if the RBI or banks would issue Digital Rupee directly. The Finance Minister claims it would enhance the digital economy and expand financial inclusion into India's most distant areas.

What are the dangers of CBDCs like the Digital Rupee? 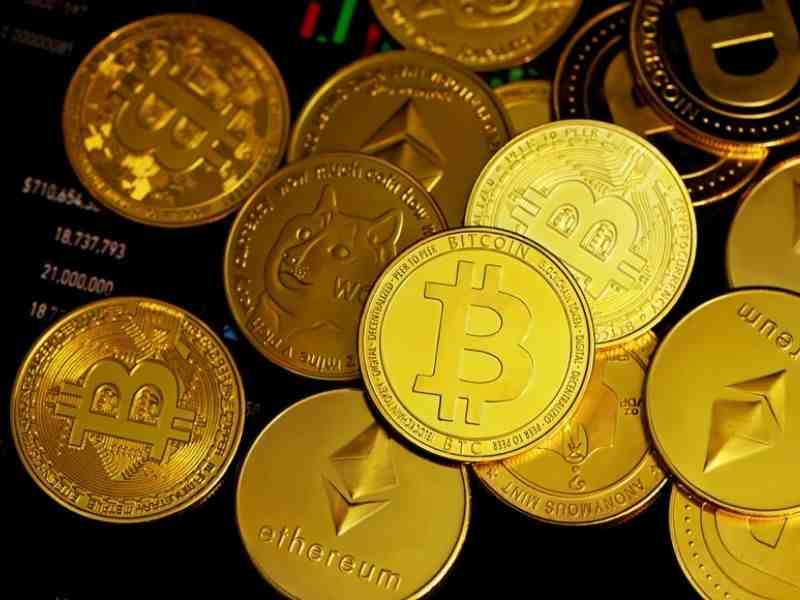 Indian CBDCs like Digital Rupee may make conventional banks obsolete if the RBI issues Digital Currency on its own. People will stop putting their money in banks, reducing bank deposits. It will be difficult for banks to lend money to companies, stifling economic development. However, we have little information. Another major concern is cyber-attacks.

Is it safe to use the Digital Rupee in India?

The RBI will issue the Digital Rupee. Thus they are totally secure to use. However, we must wait to see how the RBI executes its digital money in terms of security.

Does India outlaw private cryptocurrencies such as Bitcoin?

As a result, it'll become an unattractive option to invest and trade in the future. India presently has over Rs. 6 lakh crore in crypto assets. Therefore, a ban is quite improbable.

Is India's Digital Rupee Worth Investing In?

India is now in a wait-and-see phase. The government does not want to reject new technologies but also wants to see what type of future they provide. So, launching our own Digital Rupee coin is a positive move. This will encourage people to trust and use eRupee digital payment. Also, the government has announced 30% tax and 1% TDS on private cryptocurrencies. It shows that if you want eRupee digital payment, use the Digital Rupee.

So that's all for what is Digital Rupee and what RBI's impending CBDC includes. For more updates, follow TechBurner!