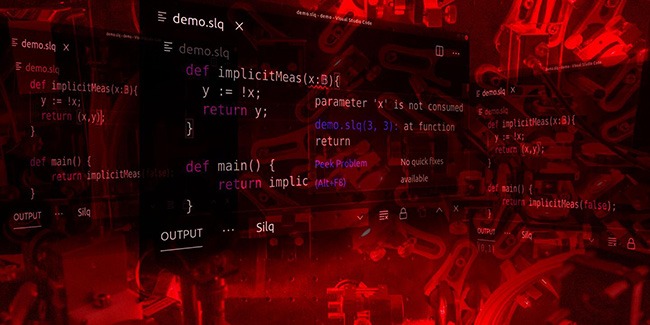 Before we get directly into the topic of Quantum new Programming Language Silq. We are also providing you with the basic info about Quantum Computers.

What are Quantum Computers?

“Quantum computing is the use of quantum-mechanical phenomena such as superposition and entanglement to perform computation,” says Wikipedia. In other words, computers that perform quantum computations are known as quantum computers. Quantum computers are more capable of solving equation-based problems in the future than classical computers. Some quantum algorithms are faster and more potent than conventional algorithms. Moreover, they have specific capabilities that traditional computational methods just cannot achieve.

How Quantum Computers are different from Classical Computers?

Computation, which means solving equations through a specific process, differentiates Quantum from Classical Computers. Classical computation is based on binary codes, which are 0 (zero) and 1 (one). In traditional computers, every task is performed with the help of these two digits. In the functioning of classical computers, when a user enters a command, the computer performs calculations and stores data using just two symbols, 0 and 1. Moreover, these symbols represent false and true, respectively.
Classical computers can not execute both possible conditions at the same time, which means first they execute zero (0) and then go to one (1). The classical computer goes in-depth of the whole process and then gives the results. This process relatively wastes a lot of time.
Must Read|How To Downgrade to macOS Catalina from macOS Big Sur

How do Quantum Computers work?

On the other hand, qubits (Quantum Bits) can hold three possible values – zero (0), one (1), or a mixed state of both. In the last case, the value of qubits is a proportion of both, zero and one, at the same time (the ambiguity is what makes the concept difficult to understand.) “Superposition” allows quantum computers to have an array of qubits represent all 2⁶⁴ values simultaneously. Further, 1 qubit can hold up to 2 bits at once using “superdense coding.” When 2 qubits (made of few nanometres of a semiconductor) in superposition also get entangled, they can store all the possible combinations of the quantum states of qubits. The entanglement results in doubling of values, taking it to 4 (it will become 8 if another qubit gets entangled.)
These properties let quantum computers hold more information and thus solve insanely complicated problems. Let’s take a look at an example for your understanding. Imagine you tossed a coin and called for tails. Now, we don’t know the exact outcome; we only know it would be either tails or heads. The same happens with classical computers, and they don’t know which outcome to give. So, they go into the depth of every possible outcome. Let’s reconsider the scenario with the mindset of a quantum computer. Again, we tossed the coin, and the coin is in the air, which means both heads and tails are possible outcomes.

Now, in this scenario, quantum computers will check all possible results at once without assuring its construction and implementation. This property makes it faster than classical computers. However, the more quantum bits are used, the more errors we will get. According to the researcher, it is impossible to use these computers because they need the temperature level similar to that of Mars. 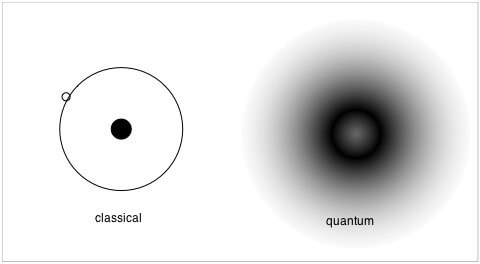 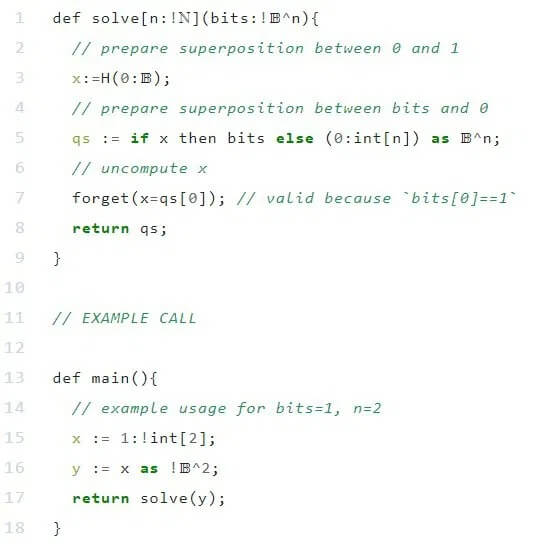 The programming language is not like C, C++, Java or Python. But as there are similarities in all languages, you will find some in Silq too. You can see the above code, this new Function def solve is created, and the Logic is inside the same. You can check out the meaning of each line from the code comments (followed by // tag.)
After the Logic did, the Function is returning qs, which is the answer to the whole Logic. Also, from the 13th line, the main output of the program is taking place, which is better known as Main Function, denoted by def main(). This one will print the answer in the Command Prompt or Terminal. Sounds cool, right? Programming is an exciting thing if you are sincere enough. 🔥
Must Read|All You Need To Know About Disney+ Hotstar New Offer

Let’s understand how Quantum Programming Silq helps in solving quantum problems. A computer calculates a task in some intermediate steps, which creates temporary values. Classical computers automatically erase these temporary values for saving memories. Computer scientists call it “Buffer Value”. In quantum computers, it works differently.
Due to quantum entanglement, the previous value interacts with the current values, interfering with the correct ones. Cleaning of temporary value on a quantum computer requires an advanced technique of computation. Quantum new programming language Silq makes this problem more manageable. It is the first high-level programming language which identifies and erases unwanted errors. Computer scientists have created this fantastic quantum programming Silq with the help of classical programming languages.
Silq is the first language to make quantum computers more accurate. Still, it is not in its final phase.
Stay Tuned With TECHBURNER For More Tech Stuff.