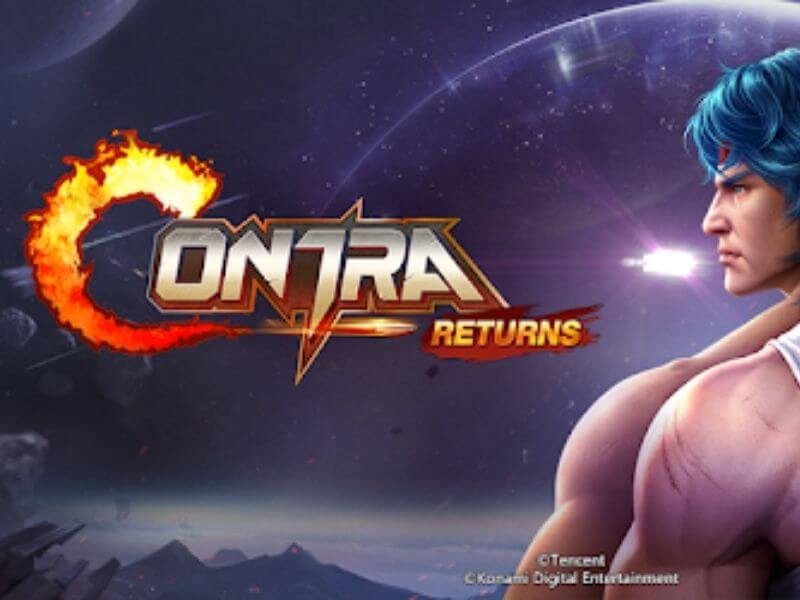 Games are such entertainment which most people like. If you are from the early 90s, you must have played Super Mario and other legendary games. We have been cheated where game cassette used to claim to have 9999 games in one (XD). If you have laughed on that, you might have own the console. One of the legendary game besides Mario was Contra. It was an action-based game. This was however released as a Smartphone game in 2017 as Contra Returns for just some South-Asian countries. Now, the TiMi Studios who is also the developer of Call of Duty Mobile revealed that Contra Returns would be soon releasing World Wide. Continue reading this article to know more about Contra Returns release, Contra Returns gameplay and how to download Contra Returns game.

Contra Returns the mobile version of the iconic 90s game. This game was initially released in China in 2017 and then in Taiwan in 2018. Later on the same year, an English version of the game was released for South-Asian countries. Now it seems the game will be getting a wider release.

Contra Returns has been a hit for mobile devices in parts of the world and we are looking into a potential wider release!

If you're a major Contra fan interested in helping us make Contra Returns the best that it can be, please take this short survey: https://t.co/1ApcFofR6Y

TiMi Studios tweeted that Contra Returns release has been quite successful in South-Asian countries. So, the developers plan to have a wider release of this game. However, the developer did not share a timeline for when the game will be released and which countries will have access to it.

Contra Returns gameplay has been pretty much the same as the original game from the 90s. TiMi’s Contra Returns is, however, a revamped version of the initial classic hit. This game also has some graphics updates and additions as well. The game features similar music and sound effects as well as the various levels and special gun powers.

Currently, the game is listed as Garena Contra Returns on the Google Play store but is unavailable for download in India. TiMi Studios had partnered with Garena and Tencent to release the game back in 2017. This partnership may likely continue to bring the game to the rest of the world.

If you want to try out the game, here’s how to download Contra Returns on your device:

That’s All For Today. Stay Tuned with TechBurner For More Tech Stuff.

Top 5 Games Of August 2020 That Should You Try Now