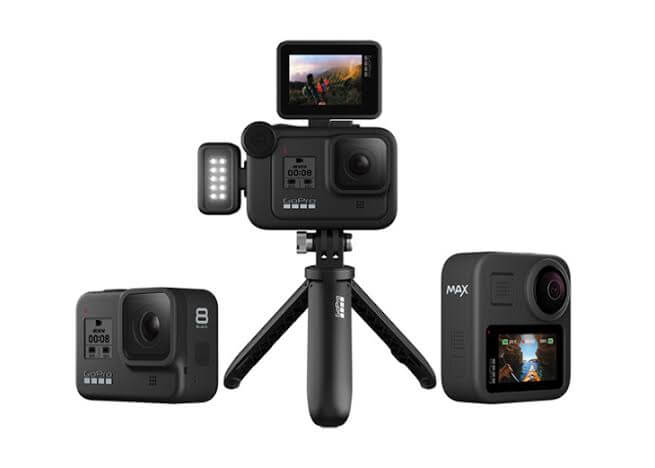 The new GoPro Hero 8 Black comes with minor upgrades and features in-built mounting system for beginners vloggers. So, the GoPro comes with led light, a flip-up screen which is great for shooting vlogs in a day as well as night. The device is coming with the HyperSmooth 2.0 which will give you to shoot [email protected] very smoother. So, HyperSmooth 2.0 also gives you to set high or boost mode which gives you better smooth images with a cropping system. HyperSmooth 2.0 comes with the all shooting mode. Other features include Live Burst Mode, Time Warp and more. The device has a mic on the front which gives you a better audio recording. 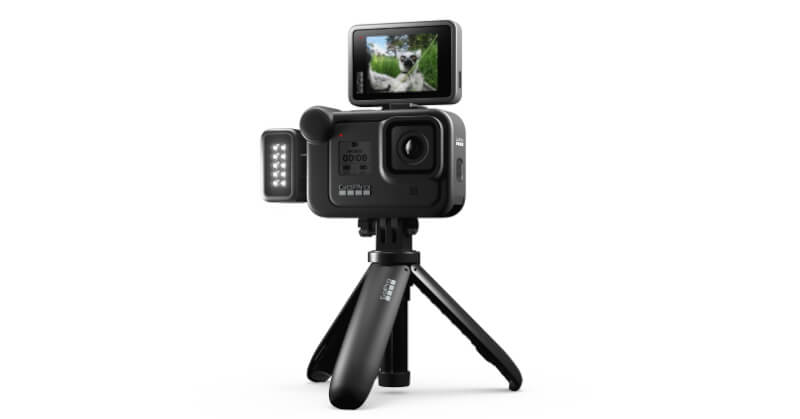 The Max Action comes as an upgraded version of the GoPro Fusion. Therefore, it features mounting finders, built-in GPS, Waterproof up to 5M and more. It has dual lenses by which you can record 360° video as well as audio. So, it has 6 mics in the front which gives you access to record 360° audio. So, you can live-stream up to 1080P. 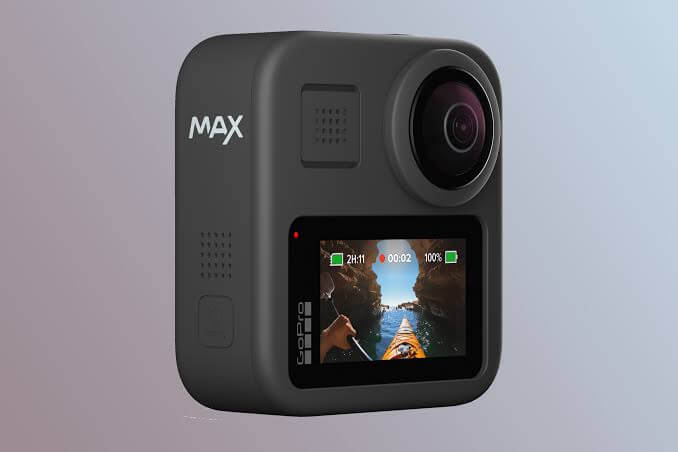