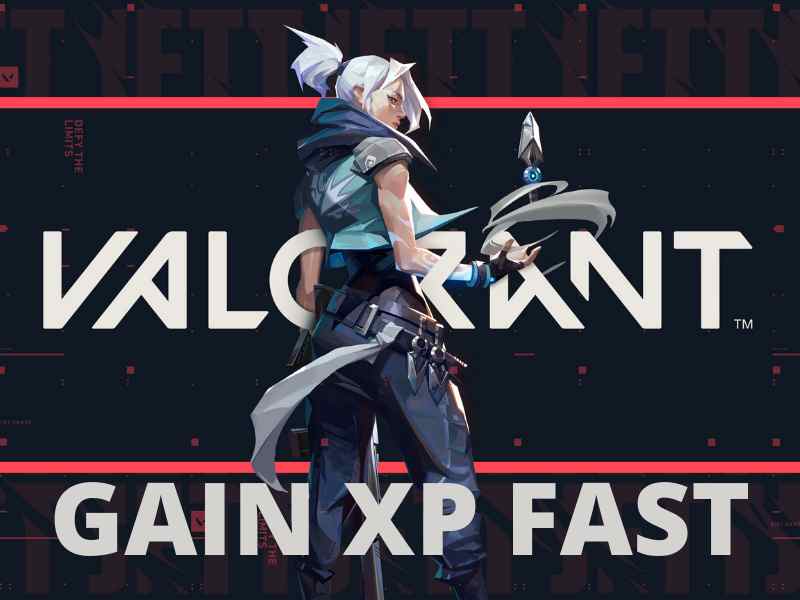 All popular FPS titles such as Valorant, Fortnite, and BGMI have some element of XP in them that acts as a rewards program. Every gamer wants to increase their XP as much as possible, right? To save you the trouble, we have gathered three of the best ways on how to gain XP in Valorant- Riot Games’ insanely popular online FPS title. This includes the fastest way to gain XP in Valorant 2021 for all you gamers out there. The perks of having more XP are endless. To highlight a few, there are custom skins, unlocking more agents, and numerous other in-game rewards. So, buckle up your seatbelts, because it’s time to grind Valorant and gain XP in Valorant like a pro.

Valorant offers five different game modes and you can earn XP by simply playing them all. These modes are- Unrated, Competitive, Spike Rush, Deathmatch and Escalation/Replication. Some of you might be wondering about the sixth custom game mode right? Well, that’s there too but unfortunately, it will not help you gain any XP. So, let us focus on the ones that do help you gain XP in Valorant.

Unrated matches are a great way to gain XP in Valorant since most players choose this mode solely for this purpose as it leaves the competitive rank unaffected. The amount of XP you gain per match depends on your performance and whether you win or lose but regardless of that, you will gain some XP for every match. The only caveat being it is a bit time-consuming since each unrated match lasts for about 30-40 minutes easily and leaving in between will not only leave you with no XP but also put you at the risk of a temporary ban. 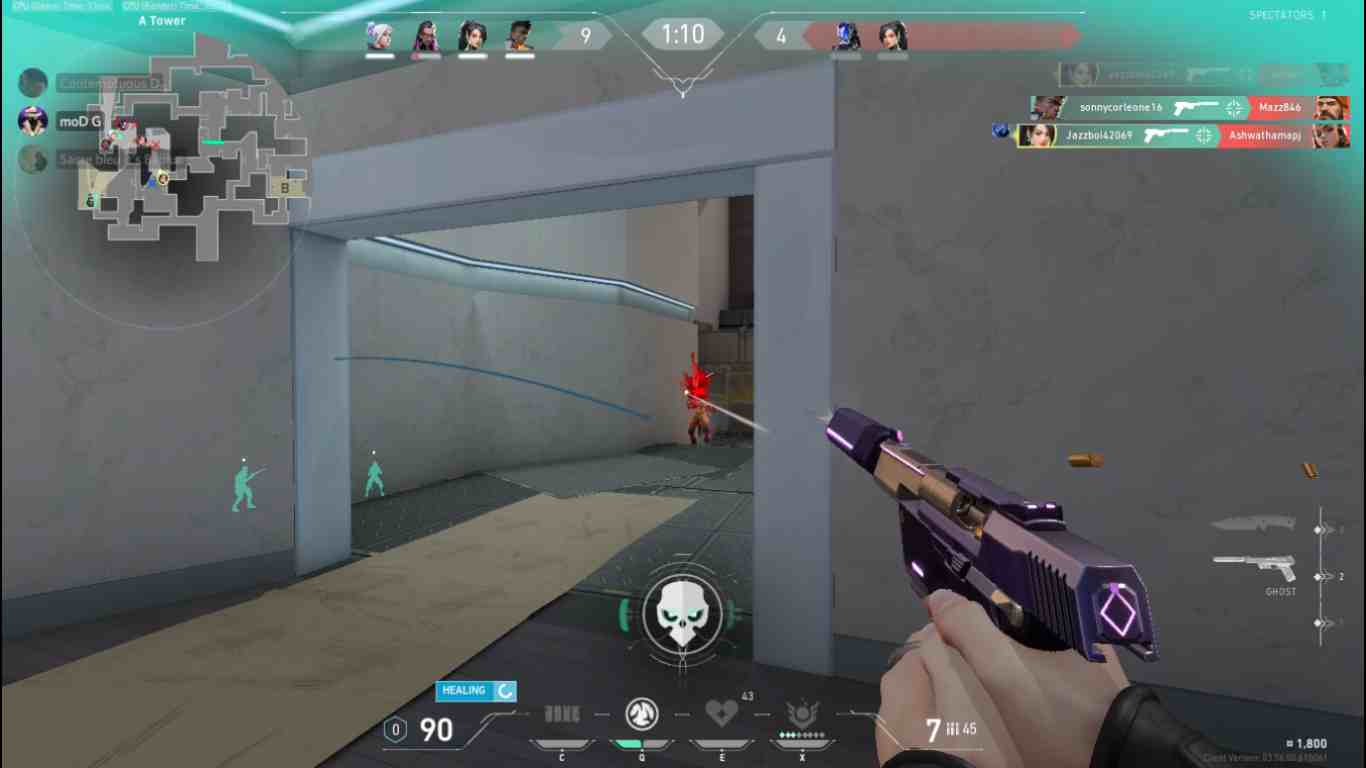 Read More | How to Get 15 Classic Crate Coupons in BGMI for Free?

The Competitive mode in Valorant is almost exactly similar to Unrated except it affects your rank in the game as well. It has the same upper limit of 4700 XP per game and it will take perhaps even longer than an Unrated match to finish. 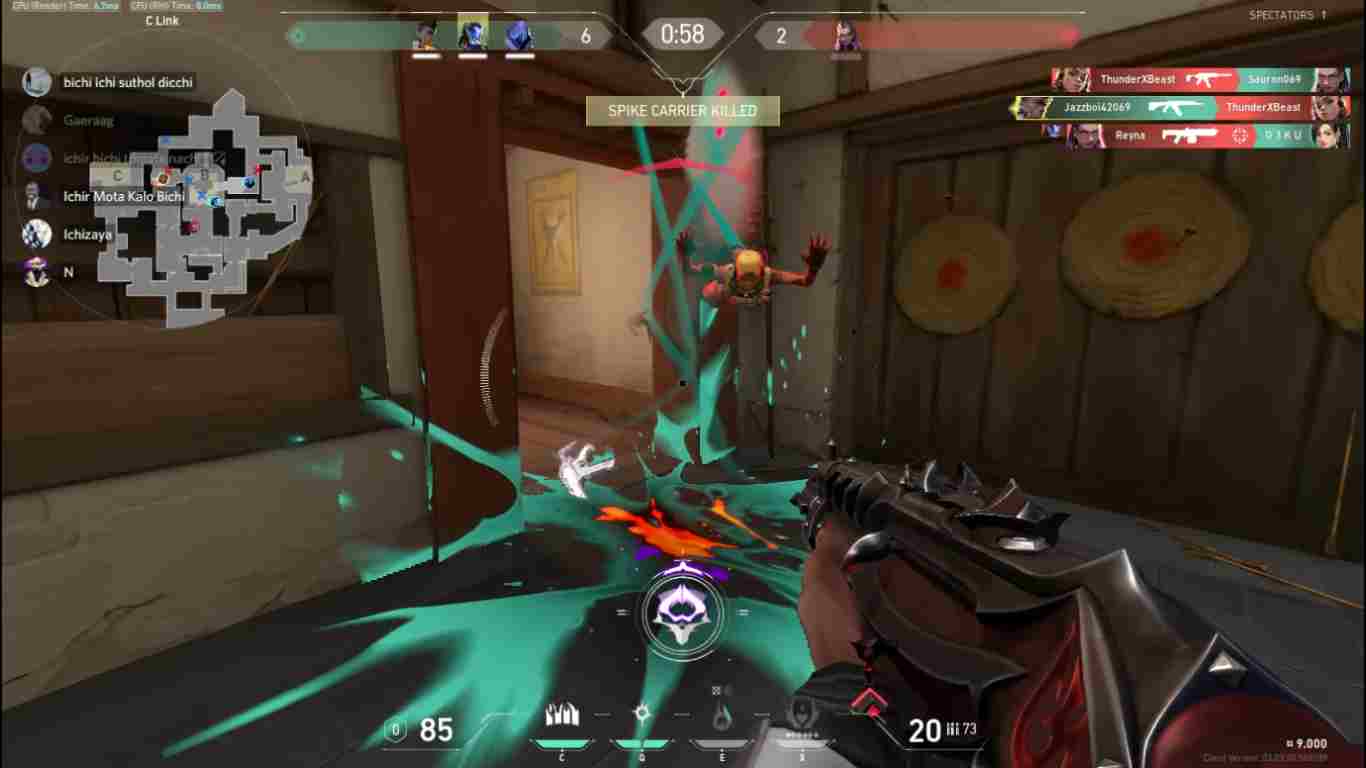 Spike Rush is perhaps the fastest way to gain XP in Valorant 2021 since every match guarantees a flat 1000 XP with each match only being 8-12 minutes long. Unlike Unrated or Competitive, you won’t be able to choose the gun of your choice but aside from that, there is nothing to complain about! 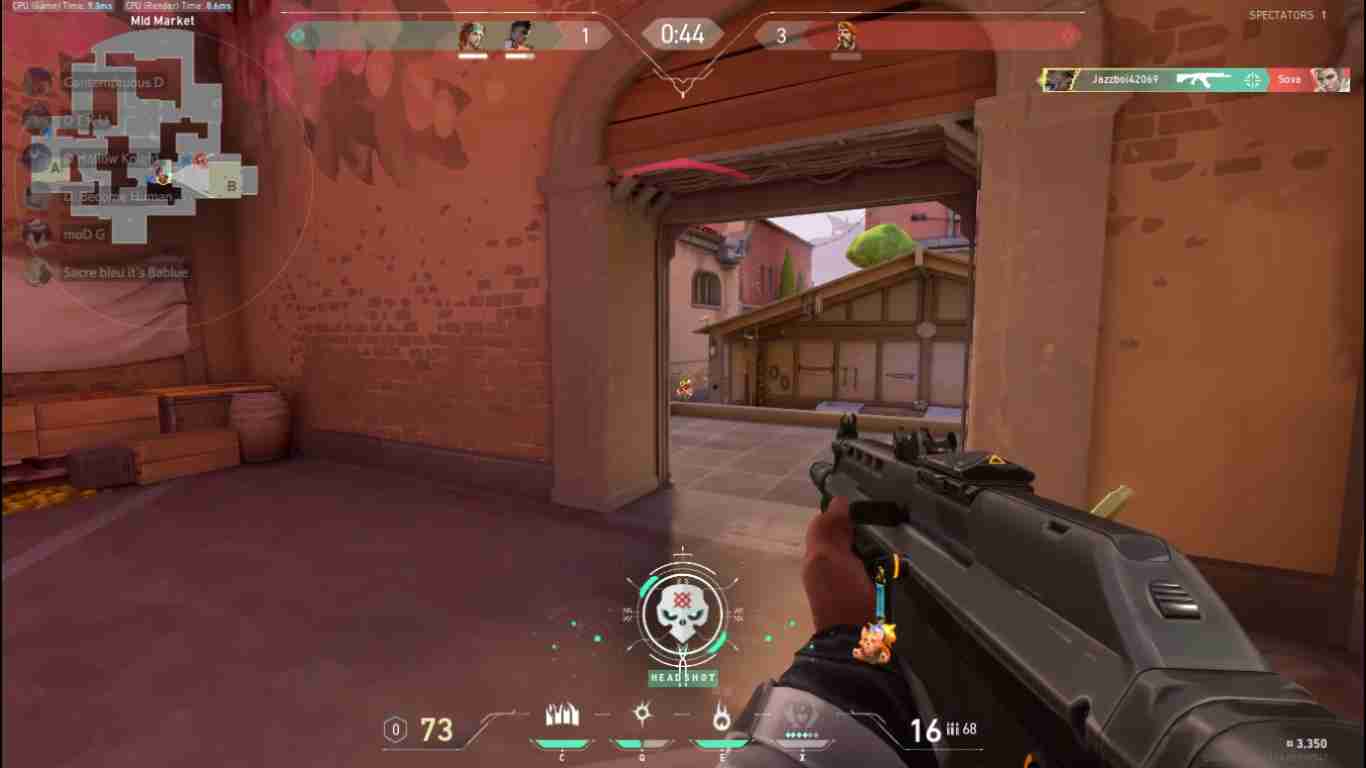 Another short format like Spike Rush, Deathmatch is an individual match where players fight it out with the gun of their choice, no abilities and unlimited spawns. It ends when any player achieves 40 kills or upon the expiration of 9 minutes, whichever is earlier. At almost the same time, you can play a Spike Rush match and earn an extra 100 XP but the ultimate choice is yours. 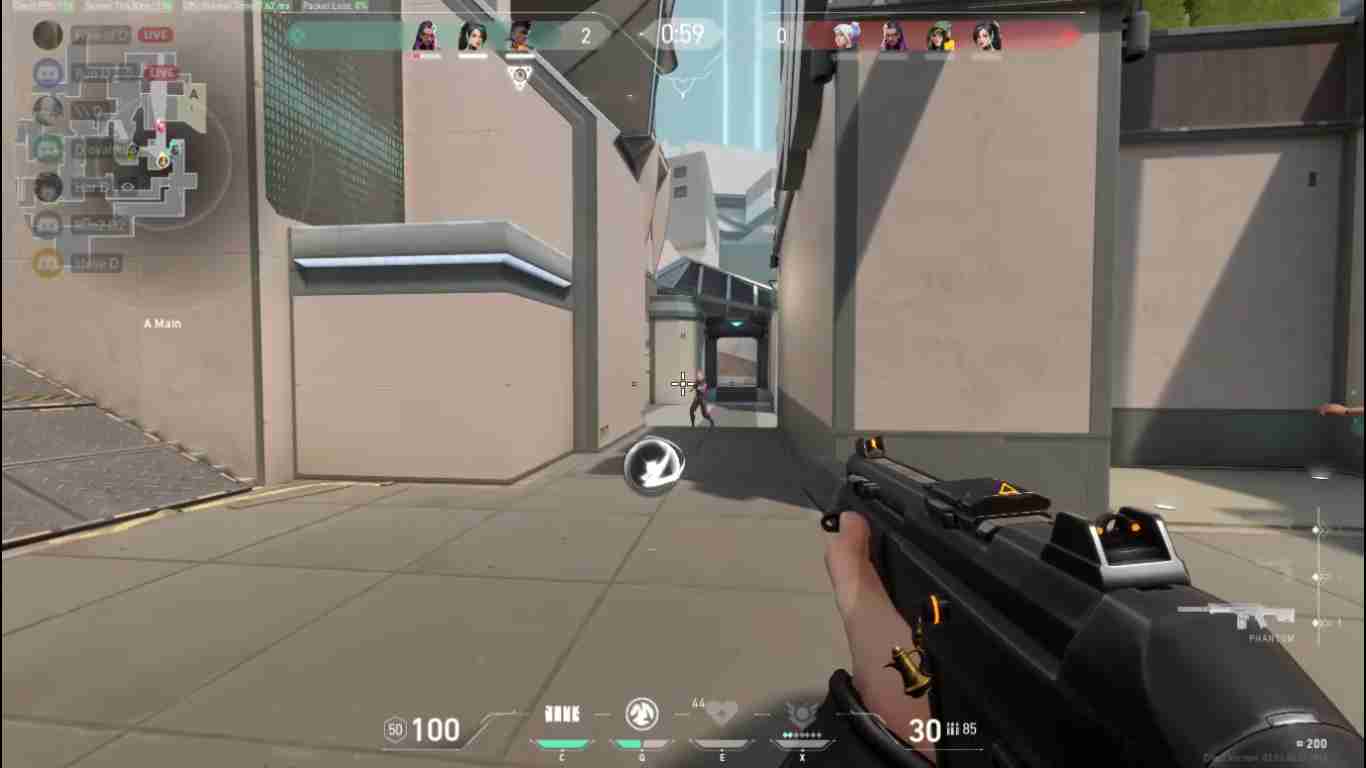 Read More | How to Install Windows 11 Microsoft Store on Windows 10?

Escalation and Replication are two game modes in Valorant that alternate on a weekly basis. Escalation is a free-for-all kind of game mode whereas Replication, as the name suggests, involves 5 players of a side choosing a single agent for the entire match. 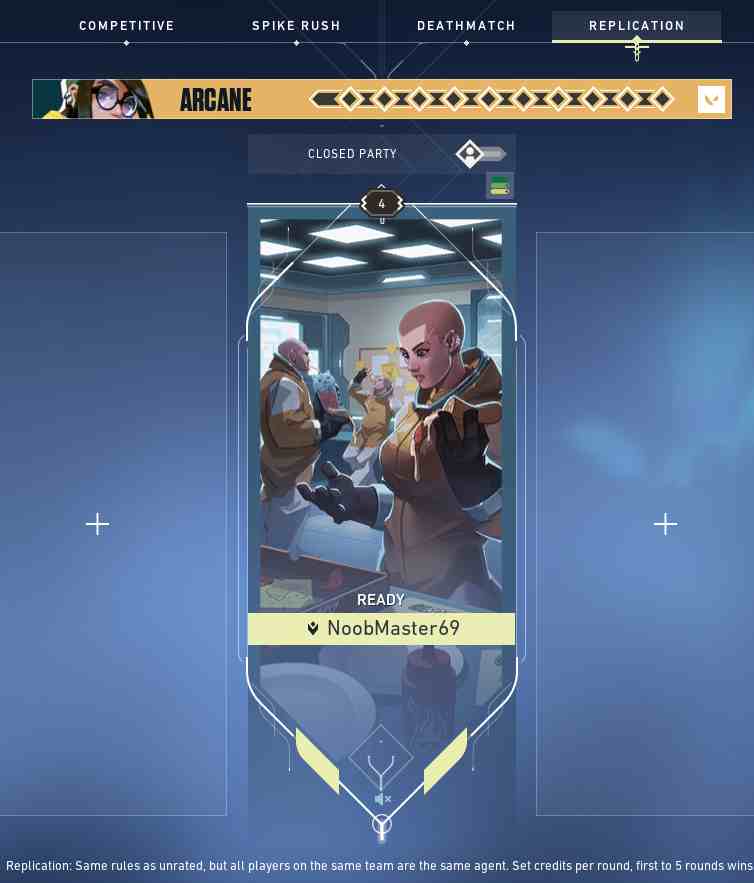 Coming to how to gain XP in Valorant via these two modes, it’s quite simple. Playing any match guarantees 800 XP and winning it will give you 200 XP more making it an even 1000 XP just like Spike Rush. And speaking of Spike Rush, this mode also falls under the short format of 8-12 minutes, making it one of the best, fast ways to earn XP in Valorant.

Read More | How to Enable Battery Percentage on Mac: Step by Step Guide

If you wish to gain XP in Valorant from a different method, you can try out daily and weekly missions. As the name suggests, daily missions are there to complete on a day-to-day basis within 24 hours and are mostly simple. Weekly missions, on the other hand, are not as easy as daily missions and hence are available for the entire week. You can complete your daily as well weekly missions only in Unrated and Competitive modes. 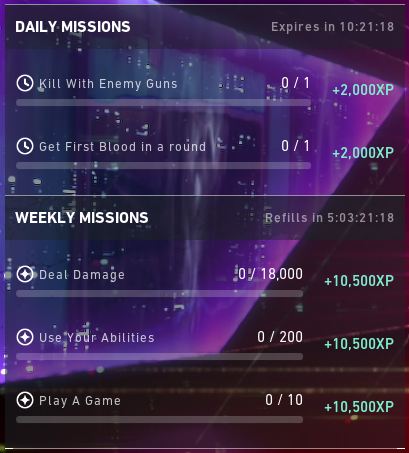 Read More | 5 Ways to Turn off Direct Messages on Instagram!

Like most FPS games, Valorant players can also purchase a battle pass that renews every two to three months. It offers many exclusive rewards and perks which players without the battle pass do not have access to. One such reward is an extra 3% XP for every match you play. It costs Rs.799 in India. 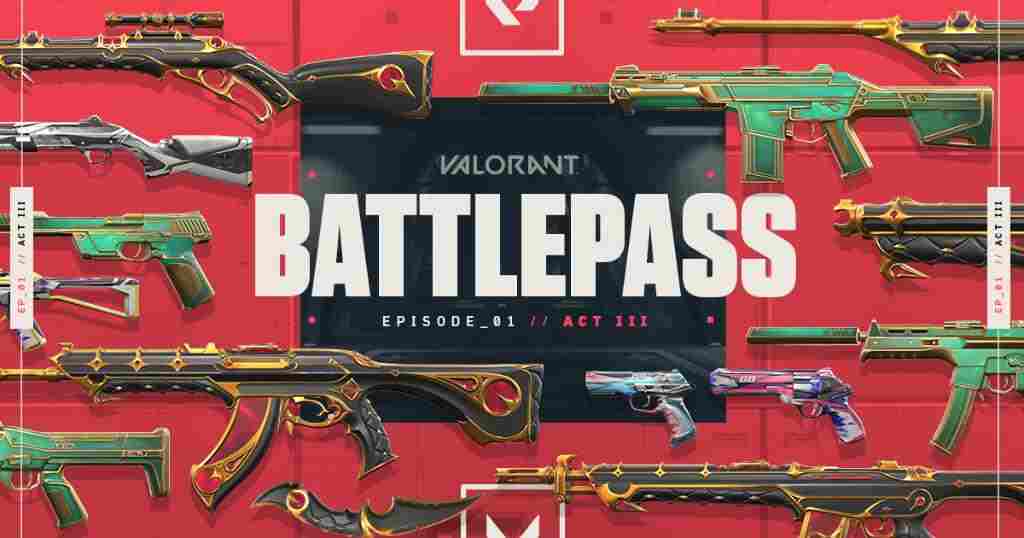 So, these were some of the free as well as paid methods of how to earn XP in Valorant at a fast pace. Hope you found this helpful and if you did, don’t forget to check out TechBurner for more.