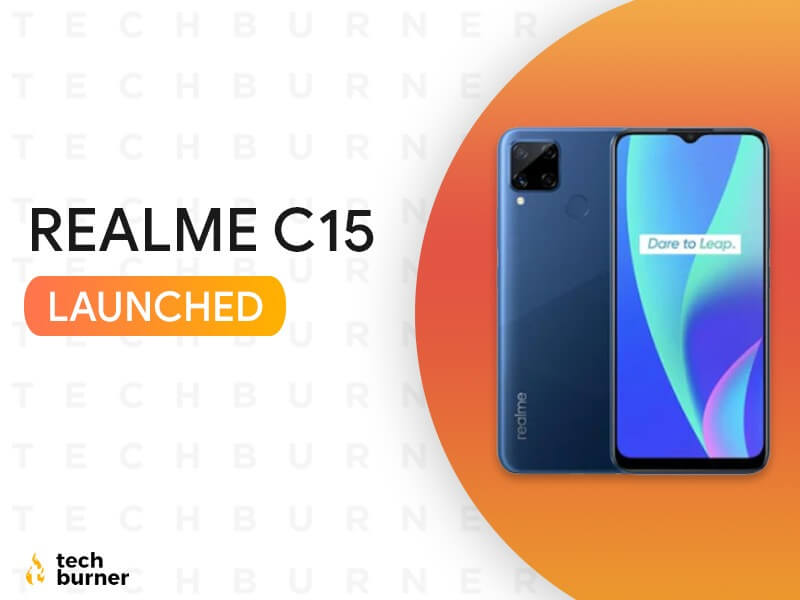 Realme is one of the few companies who is dominating the smartphone market in India. The brand focuses on value for money smartphones since they brought their first device. A few days ago, Realme C11 was launched by the company, which was value for entry-level money smartphone. Recently, Realme launches Realme C15, which is an upgraded version of C11. This Realme C15 has few improvements such as fingerprint scanner, 6000mAh battery and more. Continue reading this article to know more about Realme C15 specs and Realme C15 features. We will also be talking about expected Realme C15 price in India and Realme C15 launch in India.

Here are the Realme C15 features:

At the front, the smartphone has a 6.5-inch IPS LCD with mini dew-drop notch full-view display. The device has 720×1560 pixels of resolutions. Talking about the battery, Realme C15 sports a massive 6,000mAh battery capacity with 18W fast charging support.

Realme C15 is powered with new Mediatek Helio G35 processor. It is a decent gaming processor for entry-level smartphones. Realme C11 is also equipped with this processor. Furthermore, the device will run on Realme UI based on Android 10. The device comes with the rear-mounted fingerprint sensor.

Here are the Realme C15 specs:

The Realme C15 has been launched in Indonesia. So, we are expecting that Realme C15 launch in India in may happen in Late August 2020.

The device pricing is competitive in Indonesia. Furthermore, the base 3GB + 64GB variant is priced at IDR 1,999,000. Therefore, we expect the Realme C15 price in India likely to come around Rs. 10,000.