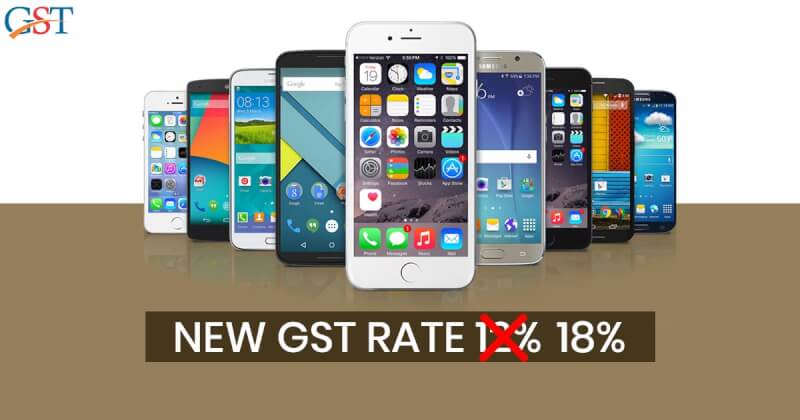 Recently the GST Council, headed by Finance Minister Nirmala Sitharaman, had increased GST on smartphones from 12 per cent to 18 per cent. The India Cellular and Electronics Association (ICEA) had previously warned the GST council. The move is bound to see many phone makers increase the prices of their products in the country. The increased GST on smartphones has come into effect from April 1, 2020. Well, the increase in GST on mobile phones now sees the rate being effective where companies like Xiaomi, Realme, Samsung, Apple and other OEMs increase its price. Continue reading ahead to know how much Smartphone Prices in India Increased.

Xiaomi’s take on Increase in GST

Xiaomi India MD Manu Kumar Jain to tweets to announce that price of the company’s phones in India has been increased with immediate effect. It is noted that the price increment is applicable across all Mi, Redmi-branded smartphones offered by the company in India.

After much deliberation & in keeping with #Xiaomi policy of maintaining <5% margin on our hardware products,we will be increasing prices of our products.

New prices will be effective immediately. Thank you! 🙏 pic.twitter.com/mdTqKdXm3r

The tweet mentions that Xiaomi follows a rule of not making a profit of more than 5 per cent. The surge in GST rate left the company to hike the price of its phones in India. Check out the new price list with 18% GST on smartphones.

Here’s the list of Smartphone Comparing New and Old Price

The list is not completed as other OEMs such as OnePlus are yet to announce the increased new price.

How will this increase in GST affect the Indian Market?

ICEA, in a letter, wrote to the Finance Minister, that the mobile handsets sector was already in deep stress. The due to supply-chain disruption happened after Coronavirus outbreak in China. The GST rate increase will affect the market adversely. The industry body said that it was the most inappropriate time to increase the GST. Here is a quick look at how much smartphone prices increased due to the increase in GST on smartphones.

GST on mobile phones has increased by 50% from 12% to 18%. . Here are the new prices of smartphones in India. Check out new prices in detail, on techburner.in . Prices of Galaxy S20+ and Galaxy Z Flip has increased ₹5,990 and ₹5,890 respectively. . . . . . . . #GST #PriceHike #SmartphonePrice #phonepricehike #newprices #techvp #techburnerteam #tech #smartphone

If you were planning to buy a smartphone after the 21-day lockdown. You will now have to put on a couple of thousand rupees extra for the same device due to the increase in GST on smartphones. Does the price increase affect your plans of buying a new phone or not? Stay Tuned to TechBurner for more tech updates!