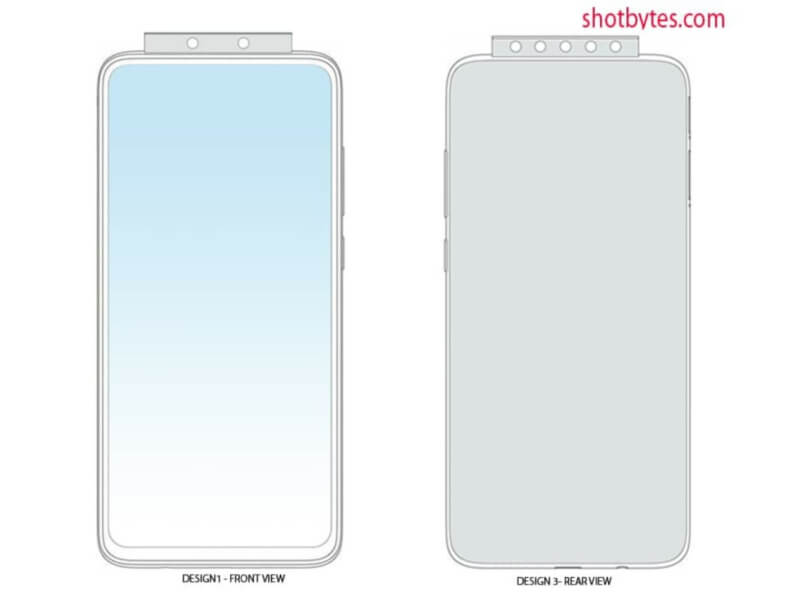 In 2019, we have seen many new innovations by Xiaomi like wraparound display, Penta-camera setup and more. Therefore, some Xiaomi new camera patents have leaked online. The Xiaomi new patents show an arrangement of 7 sensors in pop-up camera for Xiaomi new phone. As we have already seen these types of camera setup by Asus. Now, Xiaomi is coming with it but with a different design. There are different types of Xiaomi patents filed for different types of mobiles that we are going to see in the coming days. So, read the full article to know more about the Xiaomi Camera Patents:

In 2020, OnePlus has come with Concept One by which the rear camera will be invisible but Xiaomi has fully replaced the Rear camera to the Pop-up camera. It will also give the phone a more premium look which will be liked by the users. Therefore, we are expecting that the flash will be present below the pop-up camera or on the backside of the device. But, as we know that Pop-up camera is both good and bad if they don’t work better. As we have seen that the  Pop-up camera of the OnePlus devices is durable and comes with fall detection which helps it from getting damaged. So, Xiaomi has to work hard as they have to provide fall detection, dust resistant as well as 7 sensors in the Pop-up camera. Currently, there are no leaks for the device coming with this pop-up camera setup. So, we are expecting that Xiaomi will launch this camera phones before the mid of 2020.