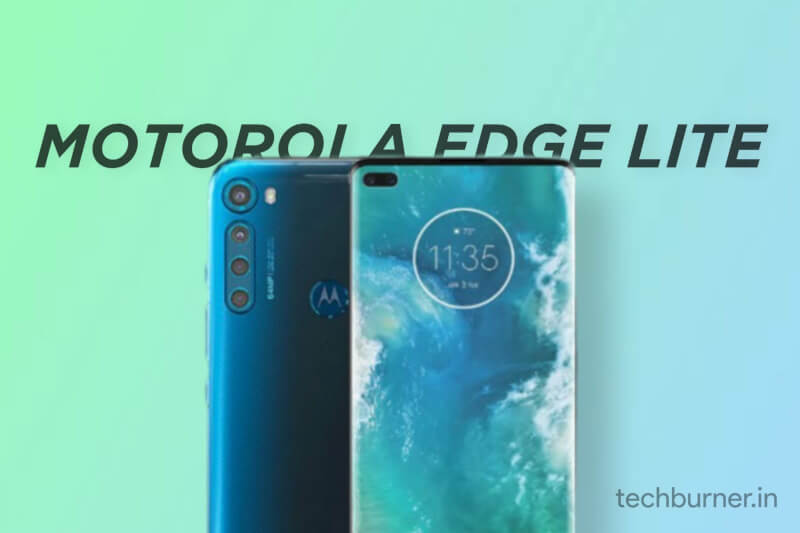 Motorola Edge Lite will have a 6.7″ FHD+ AMOLED display. It will also come with a 90Hz high refresh rate panel. It will be a dual punch-hole display unlike single punch hole in other ones. Like the flagships, this will have an edge display (curved) which will be one of its kind to see in a budget smartphone. Lastly, for battery, the device is expected to come with a 4,800mAh battery with an 18W fast charger.

The Motorola Edge Lite will include a Quad camera setup on the back. As per the leak, we will get a 48MP primary sensor along with a 16MP Ultrawide angle lens, an 8MP telephoto lens, finally a 5MP Macro sensor. For the selfie camera, it will have an 8MP shooter assisted by 2MP sensor possibly for depth detection.

Motorola Edge Lite will be using a 5G Chipset, Qualcomm Snapdragon 765. We may possibly see Snapdragon 765G in the Indian market as they have done same with Motorola One Fusion+. Talking about the software, we will Motorola’s own Stock UI on top of Android 10. The device is also coming with the in-display fingerprint sensor. Finally, the device will come up to 6GB RAM and 128GB ROM with UFS 2.1 storage type.

The budget smartphone from Motorola was spotted on FCC recently. Which means the company is working on this device and may launch the device in July 2020 globally and then soon in India.

People were happy when Motorola brought a good mid-range device at an aggressive device which also could compete against Poco X2. If Motorola maintains this appreciation and brings the device at a price under Rs 24,999, it will be no doubt a great option. We do expect that Motorola may price it that way to bring back the for-long trust among Indian Market. Lastly, OnePlus Z or OnePlus Nord is expected to arrive next month at similar specs. If Motorola can set the price correctly, it can surely give a tough competition to OnePlus.