We expect that there won’t be any change in the Realme Buds Air Neo looks. It will be similar to Apple AirPods. The charging case, in which the Realme Buds comes, is made of plastic. We can see the same round button on the plastic case for pairing the Buds. Moreover, small LEDs will indicate the battery level when paired. Also, we will get a Micro USB port for charging. The Realme Buds Air Neo will come in three colours — yellow, white, and black, unlike most other TWS earphones. The Buds should be light in weight because we don’t want it to fall while running or walking.

Suggested Read | HOW TO BUY GTA 5 FOR FREE [COMPLETE GUIDE] 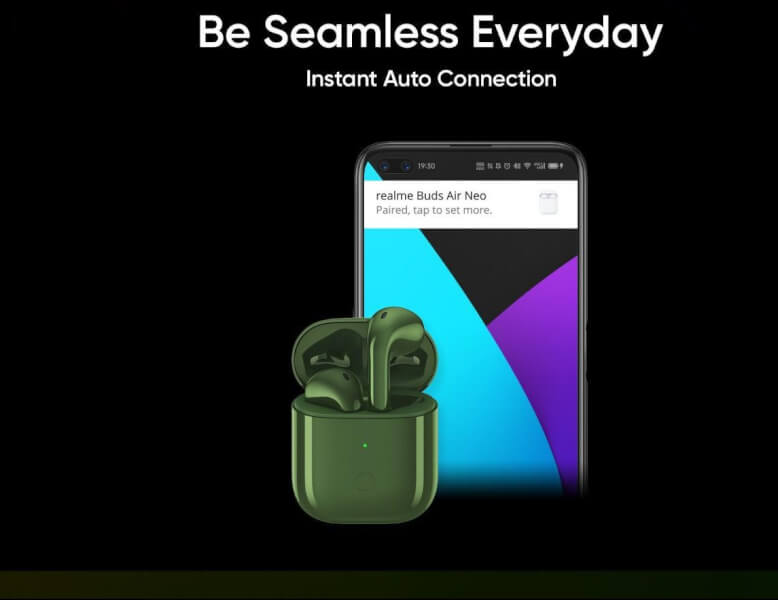 In comparison to Realme Buds Air, it presents a great battery life. It supports the MicroUSB port for charging the case. There will be no wireless charging to keep the pricing low.

Realme Buds Air Neo could come with a 13mm driver, which means we could see bass in the sound quality. The previous Realme Buds Air has a 12mm driver. It had bass too, but weak. Though it was still pretty good for its price. Realme always targets the general users. Most of them are fond of mobile games like PUBGM and Call of Duty. So, the Buds Air Neo could support the Realme Game mode, which means low latency while gaming. The sound travelling between the device and buds is very less, resulting in better gameplay. There would be two microphones on both earbuds, similar to Realme Buds Air. These will facilitate calls.

Talking about the Realme Buds Air Neo launch date in India, the brand has officially revealed the schedule. On 25 May, Realme is going to launch a few new products in India. Along with the Realme TV and Realme Watch, Buds Neo will be launched in India.