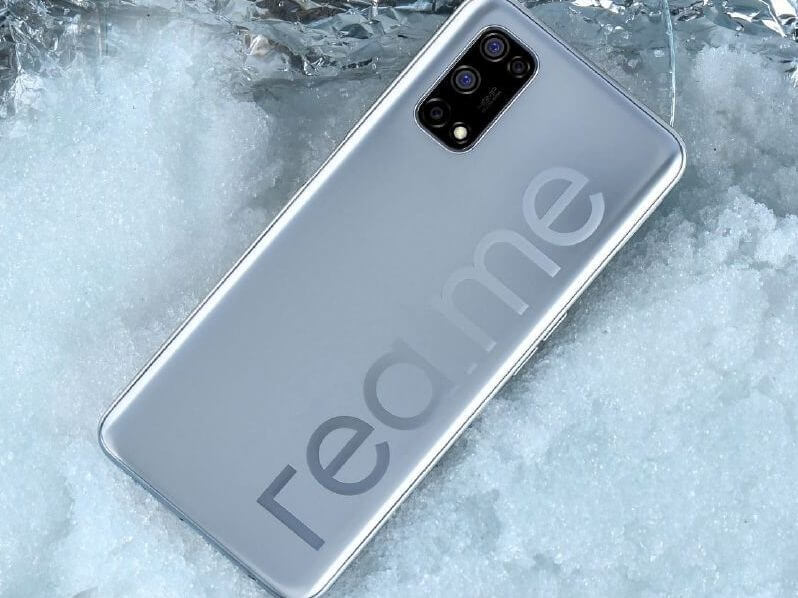 Realme is one of the few companies who is dominating the smartphone market in India. The brand focusses of value for money smartphones since their first device. Realme has teased its new smartphone lineup which will be V-series. The first smartphone under this V-Series will be the Realme V5. This Realme V5 was teased online, revealing the back panel and camera layout. It is also suggested that the device might come up with Snapdragon 765G. Using this processor, this might compete against the newly launched OnePlus Nord. Continue reading this article to know more about Realme V5 leaks and Realme V5 specs. We will also be discussing the expected Realme V5 launch date in India and Realme V5 price in India.

Recently, Realme officials teased a new smartphone lineup on Weibo and shared its posters revealing the back design. From the design, it will have a quad-camera setup on the back. This will be the first smartphone in the new V lineup named Realme V5. The four cameras on the back are arranged in an inverted L formation inside a rectangular island. Similar to Samsung and Honor designs.

However, it will be the first time we see this type of camera layout on a Realme smartphone. Above all, the rear cameras may have a 48MP primary camera setup with no information on other lenses. However, it is expected to have an 8MP ultrawide, 5MP depth and 2MP macro sensor. Furthermore, the back panel of the smartphone appears to be made of glass with a matte finish. Additionally, it has a prominent Realme branding similar to what we have seen on the Narzo 10 Series. 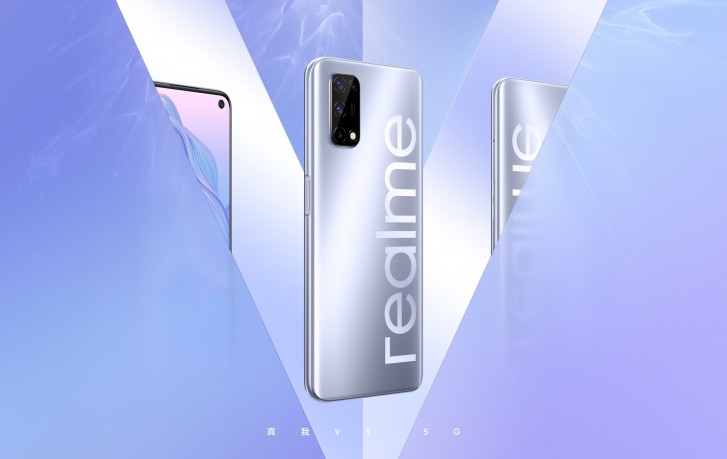 The Realme V5 has the fingerprint scanner on the right side embedded in the power button. Subsequently, this explains that the device might have an LCD Display. The smartphone will also pack a 16 MP punch-hole display with 120Hz Refresh Rate. The smartphone also received TENNA certification recently confirming 30W Fast charging. Finally, it is also expected to have Snapdragon 765G which enables 5G in it.

Must Read | OnePlus Nord vs Realme X3: Much Needed Comparison

This completely new V-series from Realme was recently teased on Weibo. Therefore it is expected that the device will first go to China by July and then come to India. Realme V5 launch in India is expected to be in August. Meanwhile, the company is preparing to launch Realme 6i in India.

Must Read | Realme 6i To Launch Soon in India: Here are the details

Considering the device has Snapdragon 765G with 5G enabled, and the Company is still using LCD Display to cut down cost. The company is therefore expected to price it competitively to undercut the OnePlus Nord. So, the Realme V5 price in India will be under Rs 25,000.