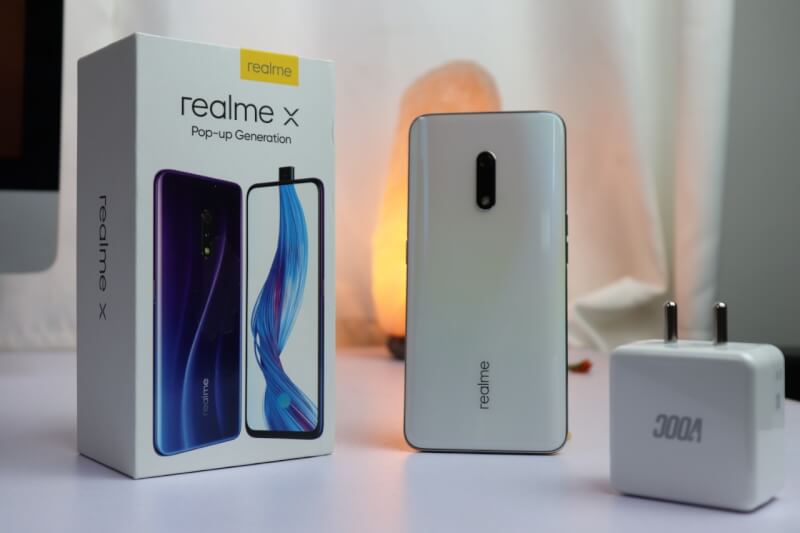 Realme has finally launched two of its super-hyped phones – Realme X and Realme 3i – in India. While Realme 3i is an entry-level under 10,000 phone, Realme X is a definitive budget phone. It was first launched in China in May. In India, Realme X will be a direct competitor of Redmi K20 (scheduled to launch on July 17). In this article, we bring to you Realme X Unboxing and a description of Realme X specification & Price in India 2019. Moreover, you can view Realme X Camera Samples on this page too.

Realme X vows to give a constant premium feel to its users. Realme has centred the promotion of Realme X all around the tagline ‘Leap To Premium.’ We will give a full, unbiased verification of Realme’s averments; so stick around! 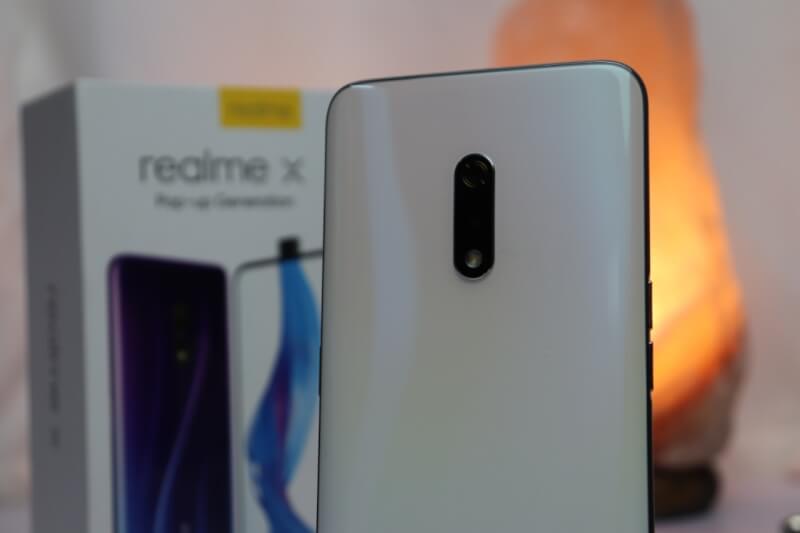 On the front side of the box are the brand’s logo on the right corner, the logo of Realme X, a tagline, and a picture of the smartphone’s front-rear design. We can see that the picture here flaunts the pop-up selfie camera of Realme X. There is a tagline below ‘realme x,’ that highlights the pop-up selfie camera feature. It reads ‘Pop-Up Generation.’

Inside the box of Realme X, we first get a standard minibox and a SIM ejector pin. Below the minibox is some particularly exciting stuff from realme – a hard Jellycase. This back cover is extremely high quality and complements the plastic body of Realme X exceptionally well. Next up are user’s manual and warranty card. Then we get the phone itself. It feels heavy yet premium and sturdy. There is a VOOC Flash Charger in the box. Notably, this is the first time Realme has provided a USB Type-C Charger in any of its phones. Both the ends of the USB cable and neatly packed in a rubber casing. Kudos on the box, realme!

Realme X Specification: Why The Hype?

Realme X features dual rear cameras- one, 48-MP, f/1.7 (wide) and the other 5-MP, f/2.4 (depth sensor.) The rear cameras have an HDR mode and come with an LED flash. Despite some minor flaws, the Realme X camera manages to perform pretty well. Also, realme X is coming with Camera2 API enabled out of the box, so realme X will Support Google Camera. Realme X can record videos of up to [email protected] We took some careful clicks to test the camera. Here are a few samples:

As mentioned at an earlier point, Realme X focuses on giving a premium in-hand feeling. Most of the phone’s body is made of plastic. A metal body is often considered superior to plastic, but the plastic-design of Realme X is fairly reliable. Furthermore, Realme doesn’t plan to work with metal or glass body anytime soon, either, since they claim to be No. 1 quality brand in India. They’re not ready to use metal or glass because these materials have certain critical, often-overlooked weaknesses.

A glass body, if dropped on a floor, becomes a lost cause. Plastic, on the other hand, can get scratches at max. Now, realme X is made of plastic, but we believe realme gives an extra layer added, which makes the phone of scratch-less body and also provides premium in-hand feeling/. Realme X truly justifies the premium design and in-hand feeling for which it is branded.

On its screen, Realme X has a Corning Gorilla Glass 5. Realme X Screen Size, Resolution, etc. are as follows:

Realme X is powered by a 2.2GHz Octa-Core Kry 360 CPU and a 10nm Qualcomm SDM710 Snapdragon 710 chipset. Note that Realme 3 Pro features the same chipset. The GPU provided in Realme X is an Adreno 616.

This time Realme has used layers made of Copper foils, Graphite sheets, and Aluminum alloys that help keep the device cool while playing a high-end game. This technique decreases the phone’s temperature by up to 15.2%, which means you are going to get a much better experience than ever.

On the storage front, Realme X has a disappointing setback – its memory is non-expandable. We get Realme X in 2 variants based on storage, which are 4GB RAM+128GB ROM & 8GB RAM+128GB ROM.

More: What is the Future Of Foldable Phones? Is a future even there?

A Li-Po 3765 mAh battery unit is available in Realme X. This is quite low in its price range, considering even Vivo Z1 Pro gives a 5000mAh battery. Like other Realme smartphones of recent, Realme X boasts 20W Fast battery charging with VOOC 3.0. Owing to the fast charging feature, Realme X can charge from 0% to 55% in 30 minutes. Its battery life or endurance rating is up to 86 hours. 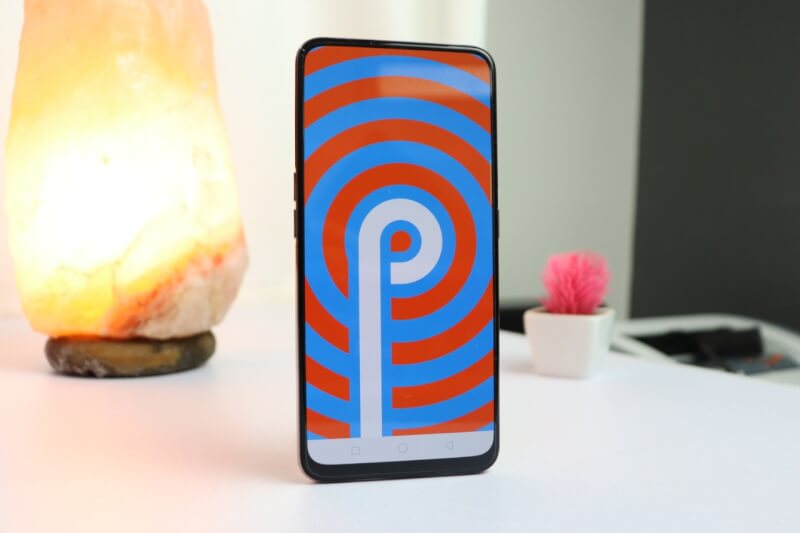 The smartphone runs on Oppo’s ColorOS 6, an EMUI based on Android 9.0 (Pie).

More: How To Install Google Camera In Realme 3 Pro?

Realme X was launched on the official Realme X Launch Date in India, that is July 15. Its competitor, Redmi K20, launches on July 17. The expected price of Realme X, variant-wise, is:

Realme X will go on sale for the first time at Noon on July 24. As announced earlier, Realme has partnered with Flipkart for sale. Hence, Realme X Sale Date in India will begin on July 24 on Flipkart.