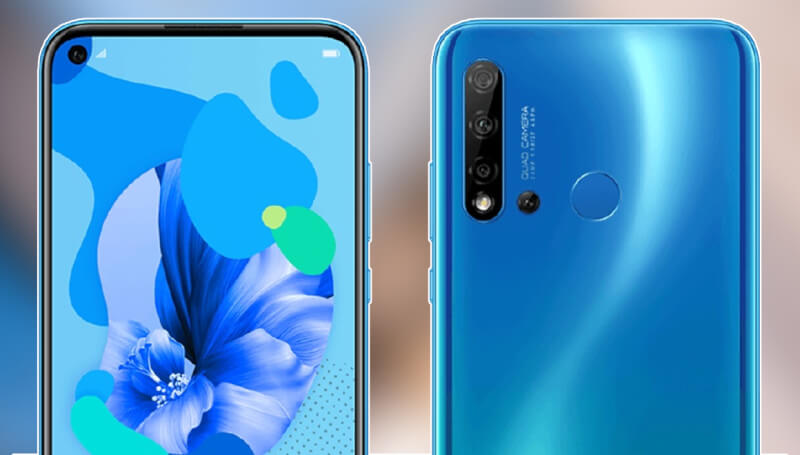 Huawei Nova Series Phones are popular for their Less Price and Great Quality. Although Huawei has been Blocked from using Android, Still, they will Launch their New Phone soon maybe with their own Operating System which they use in China, as per some Websites. Previously, the Nova Series Phones have come with Flagship Grade Performance. So, Next Phones are also expected to have the same Powerful Features. There are rumors that Huawei Nova 5i will be Launched in China soon and then in India. However, the Huawei Nova 5i Price in India is not yet confirmed. Also, we have Collected some of the Huawei Nova 5i Leaked Specifications. Check Out Below to Know More…

Huawei Nova 5i will have a Full HD+ Display with a Punch Hole Camera. The Resolution of the Display is Supposed to be 2310 X 1080 Pixel which will be Packed in a 6.4 inch IPS LCD Panel. However, the Display will have 16M Colors with a Great Viewing Angle. In-Display Fingerprint Scanner is not yet Confirmed.

Huawei Nova 5i is Supposed to have 5 Cameras. Four Camera Setup at the Back and one in the Front ( Punch Hole ). Back Cameras will be a Combination of 24MP+8MP+2MP and a TOF Camera whereas the Front Camera will be a 24MP Selfie Shooter. There are Leaks that it will have some kind of Zooming Feature like Huawei P30 Pro. The Phone will have a Kirin 710 Octa Core Chipset which will be Clocked at 2.2 GHz. Kirin is Huawei’s Personal Processor Brand which is as good as Qualcomm or MediaTek.

Since the United States has Blocked Huawei from using Google Services like Android, there are Rumors that Huawei will launch its Nova 5i with its own Operating System which they use in China. Also, keep in mind that there will be no PlayStore if this Operating System comes Worldwide.

Huawei Nova 5i is supposed to have a 3,900 mAh Battery. As of now, there is no News of Fast Charging or the In-Box Fast Charger.

Huawei Nova 5i Price in India

We have Crosschecked all the Websites. But there are no Proper Pricing Details of the Phone right now. However, as the other Huawei Nova Phones are Priced within 20,000, the Huawei Nova 5i Price in India can differ between 20,000 to 25,000. We will Update you as we will know the Pricing.

That’s all for Today, Folks. Allow the Notifications by Clicking the Bell Icon so that you will Stay Updated about all the Future Leaks. 🙂