Meizu 17 Pro to come with 129-degree GoPro like Wide-Angle Camera! 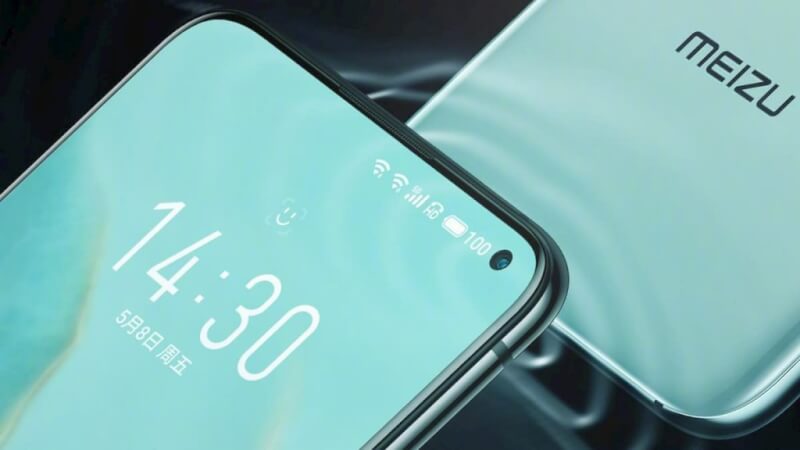 Convert Text to Speech
Meizu is a well-known Smartphone manufacturer as well as known for bringing innovation in its smartphone lineup. 17-years ago in 2003, Meizu was founded, this year, Meizu will celebrate its 17th anniversary. In this occasion, Meizu will be launching its first 5G smartphone and will be called Meizu 17 Pro. Meizu 17 Pro, which was previously was leaked through live images showing high refresh rate and hole-punch display. Now we have more official information regarding this smartphone. Meizu 17 Pro will come with an insane 129-degree GoPro like Wide-Angle Camera. It will also have dual ultra-linear stereo speaker, improved haptic feedback and much more. Continue reading this article to know more about Meizu 17 Pro Specs, Meizu 17 Pro price in India and Meizu 17 Pro launch in India.

Meizu 17 Pro: Everything You Need To Know! Here is the information regarding the upcoming smartphone.

The device is coming with the 6.7-inch Super AMOLED display with 90Hz refresh rate. It has 1080×2400 pixels of resolutions and will be coming with a hole punched display. Also, the device has an 18.5:9 aspect ratio. Meizu 17 Pro will be coming with 4,500mAh of Battery with Fast Charging Support. It will also come with Type-C reversible connector by which you will be able to charge your gadgets.

The Meizu 17 Pro will be coming with the Quad Camera setup. It will sport 64MP Sony IMX 686 primary sensor, 20MP telephoto sensor and 32MP ultra-wide sensor. The Ultrawide angle lens has a large field of view of 129-degree. In comparison, most other Ultrawide angle lens has 117 to 121-degree. The device will also be coming with a 32MP selfie camera.

Meizu 17 will be powered by the Snapdragon 865 SoC. It will also come with up to 12GB RAM and UFS 3.1 Storage. The device will feature the in-display fingerprint sensor for authentication. Finally, the device will run on Flyme OS based on Android 10.

It is reported that compared with the rotor motor, the linear motor does not need any conversion mechanism. The linear motor has an extremely fast start and stops speeds, and the response time and shock stop time can reach tens of ms. The vibration feel is crisp and clean, and the noise is very small because no mechanical rotation is required. The overall thickness can be controlled. It can perfectly simulate the feeling of pressing, just like using real mechanical buttons, the rebound is powerful and crisp, and the advantages of fast linear motor start and stop speed are fully displayed.

Compared to traditional speakers, the ultra-dynamic speaker greatly improves the loudness of the low and middle frequencies when the phone is played out, and better suppresses the distortion of the playback, which can bring users more shocking bass enjoyment and better sound playback effect. The third-generation dual-ultra-linear stereo speakers are sure to bring out a pretty good playback effect when watching videos and listening to music.

Here are the quick specs for the Meizu 17 Pro. Check out Meizu 17 Pro price in India below.

The smartphone will be launching very soon in China on 8th May 2020. Soon after we expect it to arrive in India by starting of June.

The device will be coming with the flagship Snapdragon 865 SoC. For now, we do not have any leaks regarding the pricing of the smartphone. So, judging by past Meizu products with pricing, we can expect that it will come around Rs. 40,000 in India.