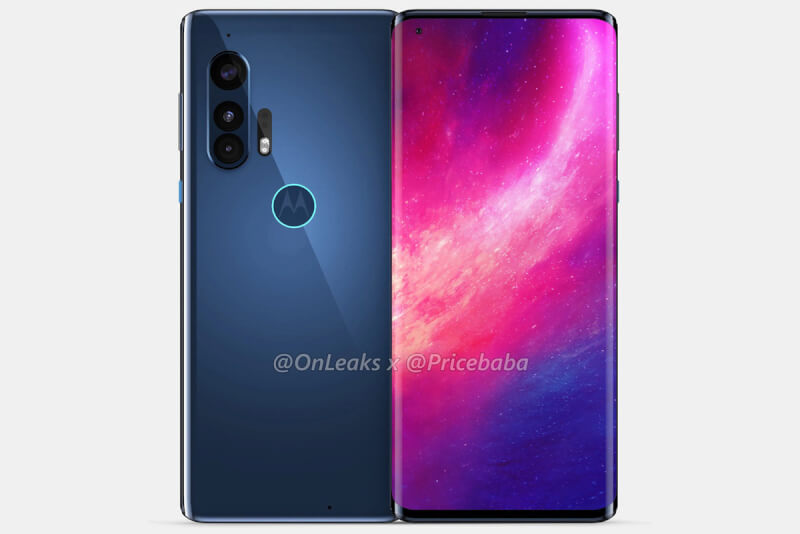 The Live Images shows the new waterfall display which is curved at the edges. Also, we will be going to see the punch-hole display in the corner. The device is also coming with the 90Hz refresh rate, which can be seen in the image. Moto Edge is coming with the Triple Camera Setup, and it will feature 64MP Primary sensor.

Here are the features by which the device will come:

It will have a 6.67-inches AMOLED curved “Waterfall” punch-hole display. Also, it will come with the 90Hz refresh rate and will have 1080×2400 pixels of resolutions. It has an aspect ratio of 19.5:9. The device will be coming with 4500mAh of battery with 30W Fast Charging Support.

It will be equipped with Qualcomm Snapdragon 765 having Kryo 475 CPU cores clocked at 2.3 GHz and Adreno 620 GPU. Also, it will come with 6GB RAM and 128GB internal storage, and the device will run on Android 10. Moto Edge will come with 5G Support and will support NFC. The device is coming with the in-display fingerprint sensor, which is good.

The device is coming with the triple camera setup, and it will have 64MP as the primary sensor, 16MP ultra-wide sensor and 8MP telephoto sensor. It will also come with the 25MP selfie camera which will be presented in the punch-hole display. It will also support Slow Motion @120fps for both rear and selfie camera.

Here are the quick specs for the Moto Edge:

The device is expected to launch on 24th March 2020. But, till there is no official confirmation for the launch date. In the event, Moto Edge Series will be launched, and the Moto Edge+ will also launch with Snapdragon 865 and 108MP triple camera setup.

That’s it for this post. Stay Tuned To TechBurner For More Leaks.