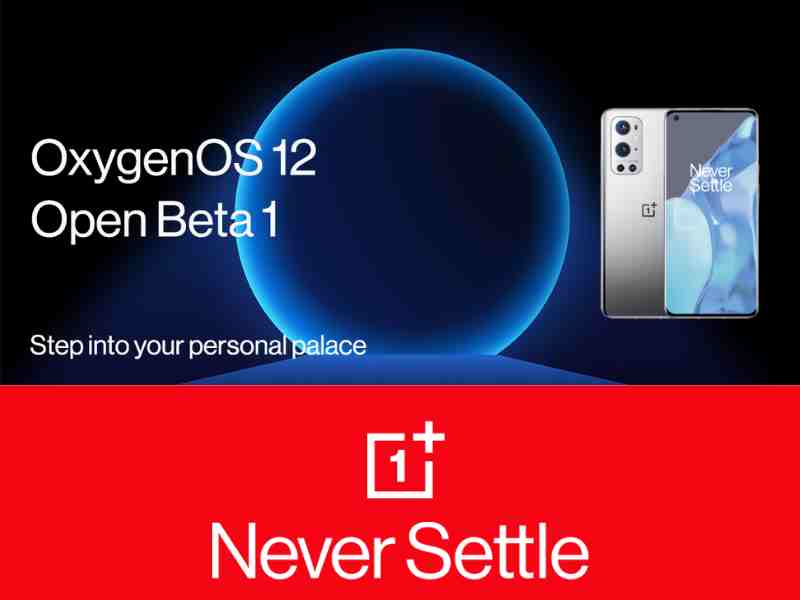 Shortly after Google Pixel phones got the beta version of Android 12, OnePlus has caught up in the race, beating Samsung to it. The flagship OnePlus 9 and the OnePlus 9 Pro will get the beta version of Android 12 along with their own OxygenOS 12 open beta update whose leaks we’ve been seeing for a while. Of course, testing it now is optional since it’s still in the early stages. Other OnePlus phones such as the 8, 7, and Nord series will get the update shortly; latest by the end of this year. OnePlus officially released some very interesting screenshots and features that will come with OxygenOS 12 on top of Android 12. Let’s check them out.

We have seen OnePlus’ burdenless design on its smart TV and OxygenOS 12 brings something similar to their phones. Inspired by the light and shadow artworks of James Turrel, the new design aesthetics are most pronounced in the Zen Mode and Private Safe App. OnePlus claims that special care has been taken in terms of subtle gradients, shadows, and custom visuals for each user. The company decided not to go with Google’s Material You design and instead inclined more towards ColorOS.

Inspired directly from ColorOS, the Private Safe App can now be seen on OnePlus devices in OxygenOS 12. It is kind of similar to the Secure Folder feature in Samsung phones where you can keep everything password protected such as sensitive documents, photos, and so on. 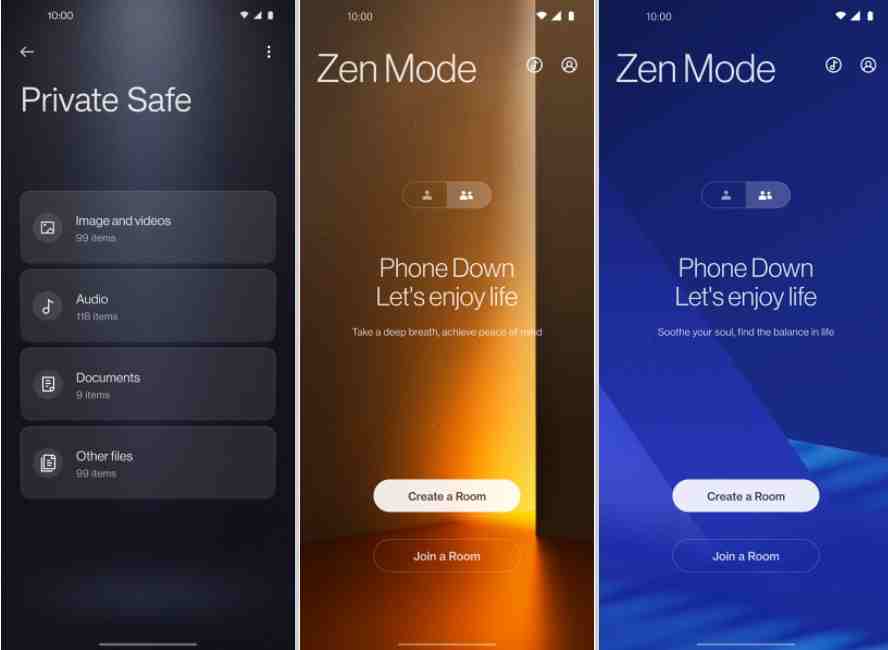 The Zen Mode, on the other hand, is more or less the same as it was previously except for the whole new look and feel following the Burdenless Design.

Read More | Best TWS Earphones of 2021: Check Out the Best Ones Now

A core OxygenOS feature, the OnePlus Shelf is getting a fresh design with a new card layout including a Health Card which allows you to view stats such as calorie intake and step count. If you are using OnePlus accessories such as the OnePlus Watch, band, or TWS, then you can see their status here as well. Moreover, the Shelf can now be accessed from anywhere. 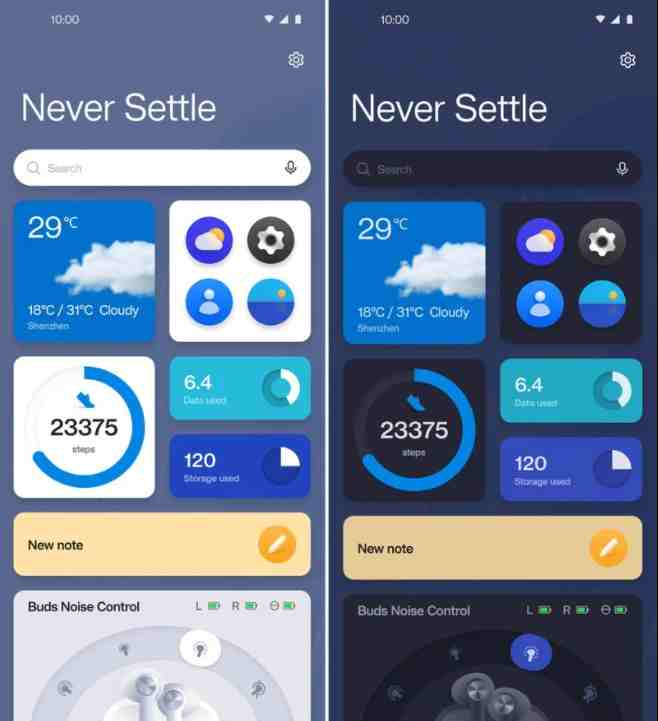 The Scout feature OnePlus was testing in India has been a hit and in OxygenOS 12, it’s making a global debut with the search feature on top of the Shelf. Overall, the look and feel of the widgets are neat and might remind some of iOS 15. No complaints there.

Another India exclusive feature that’s making it global with OxygenOS 12 is Work-Life Balance 2.0. It cuts out distractions by blocking notifications from social apps and automatically turns them on when your work for the day is done. It’s basically like switching into separate profiles on your OnePlus smartphone depending upon parameters such as time of day, wifi network, and location. Once again, you cannot help but notice how it’s a tad bit similar to Focus Mode on iOS 15. A ColorOS 11 inspired feature, OxygenOS 12 will now have three levels of dark mode- gentle, medium, and enhanced, ranging from light to darker blacks. You can easily switch between the three modes as per your suitability. Nothing much to add here. The OnePlus Notes App now goes beyond note-taking. You can use the new doodle tool to draw with your finger on the canvas. There are also a couple of additional formatting tools. 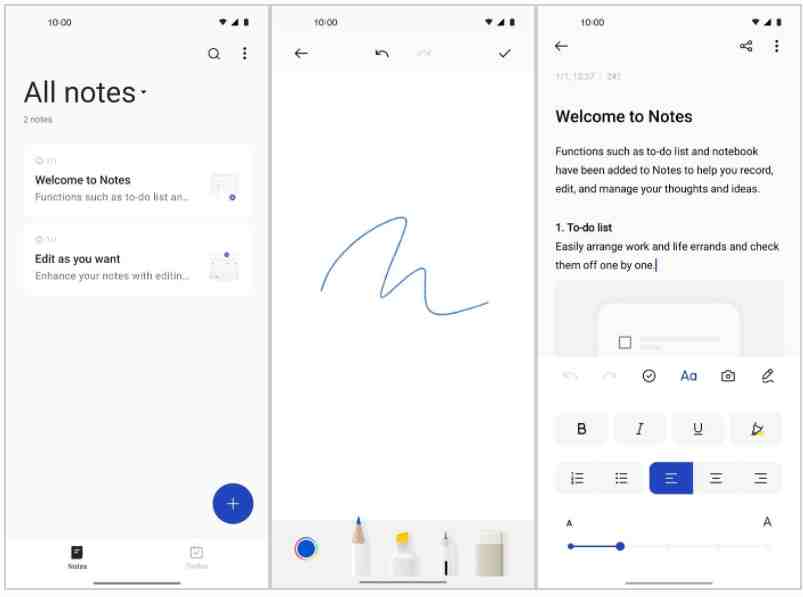 If you are not familiar with Canvas AOD, it basically outlines the normal picture of your lock screen and integrates itself with the Always On Display. OnePlus has revamped this by adding new brush strokes, neon colors, and more effects for the best personalization. 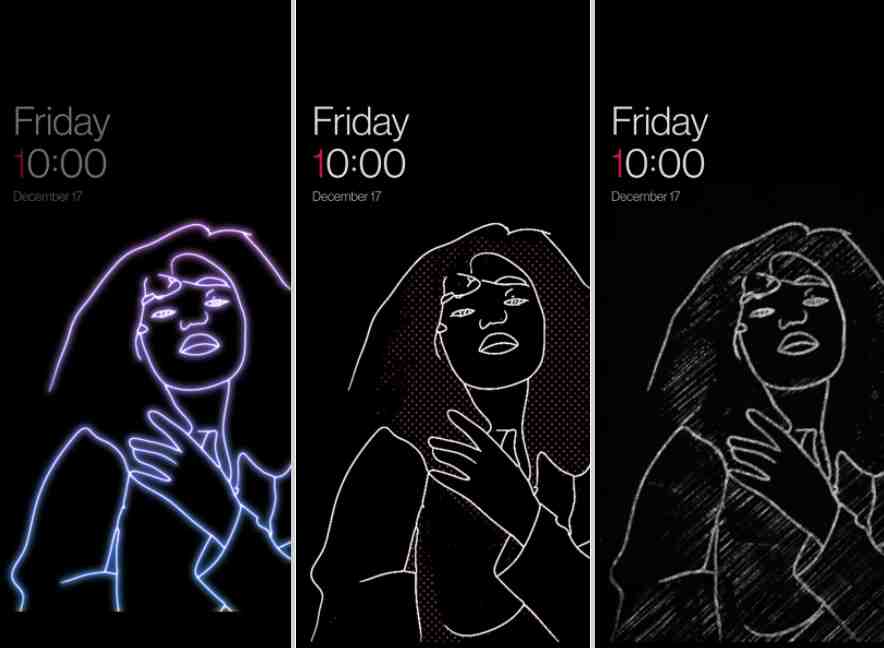 So, these were some of the cool new features that OxygenOS 12 brings with the latest Android 12 update. Stay tuned on the TechBurner website for the latest tech news!