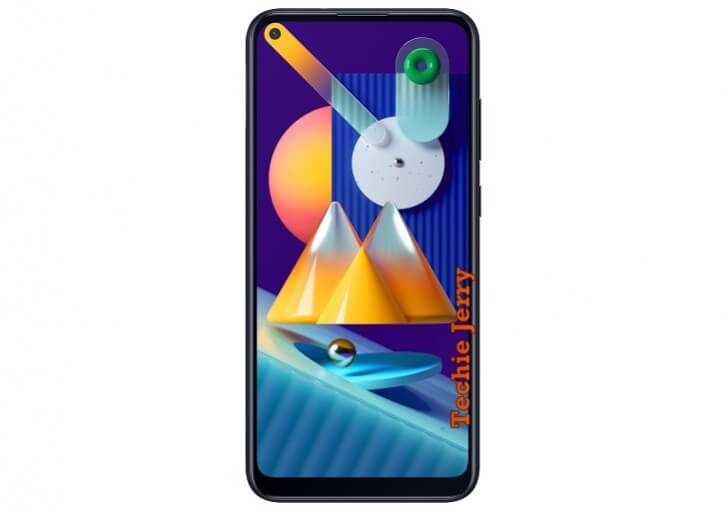 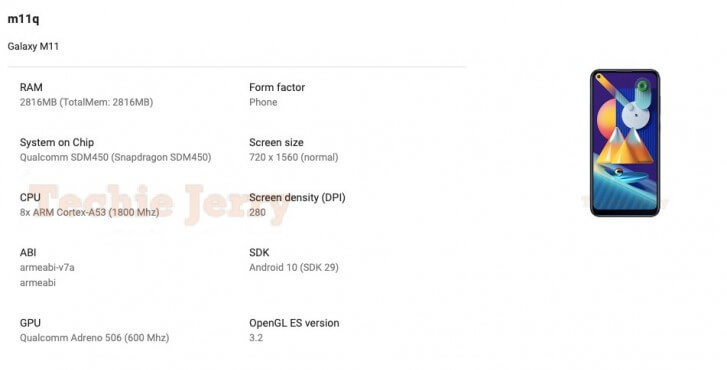 Samsung Galaxy M11 is going to have (720 x 1560) HD+ resolution Super AMOLED display. As you have seen the above image which shows that it will have the punch-hole selfie camera on the upper-left corner of your screen and it looks pretty cool in the image. It is a successor to the Galaxy M10s which has a similar resolution 6.4″ display. Screen density, as mentioned in the picture, is 280 dpi and better organized with pixels. There is no confirmation on the battery capacity, but it is expected to be around 4,000mAh.

The phone will be powered by Qualcomm Snapdragon 450 chipset having 8x ARM Cortex-A53 (1800Mhz) as CPU and Adreno 506 (600Mhz) as GPU so that the performance does not compromise as per price. It’s an improvement over M10s’ Exynos 7884B processor. The RAM variant caught was having 2816MB memory which could be a 3GB variant and not being wrong it will surely have 4GB variant too.

On the camera front, the users will get an 8 MP selfie shooter, and on the rear, there’s a 13 MP + 5 MP dual-camera setup. With essential features like Digital Zoom,  Auto Flash, Face detection and Touch to focus.

Samsung Galaxy M11 was caught Wifi Alliance certification back in January 2020 which revealed that it would only support the 2.4Ghz band. It will be having 4G (VoLTE). You will also find other basic connectivity options, such as Bluetooth, GPS, and more.

The device will be running on Android 10 officially out of the box on top of OneUI.

Earlier it was rumoured that it would come in three colour choices – Blue, Black, and Violet.

There is no official confirmation about its launch. We can expect it to be launched in India in March or April.

The price of the device is not out. It is estimated to be below 10k INR.

That’s all in this article on Galaxy M11 leaks. Stay tuned to get more updates.