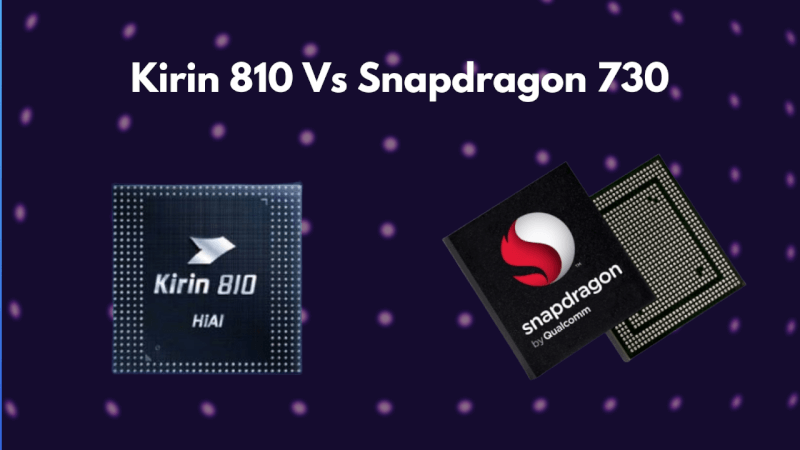 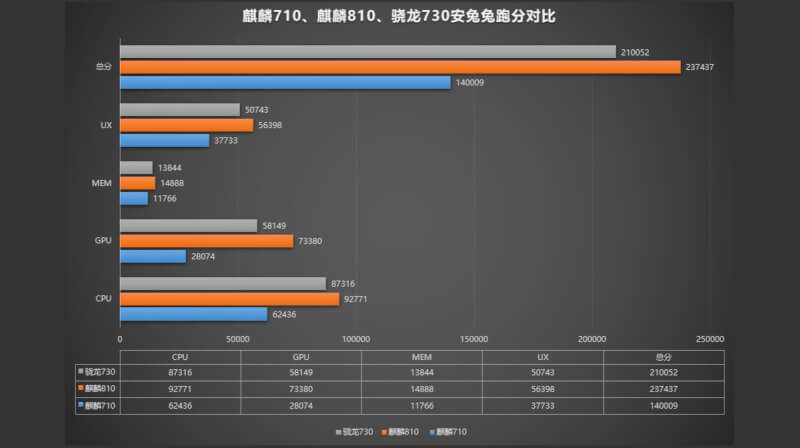 Kirin 810 outperforms the 730 in both CPU and GPU department with a good margin. According to this AnTuTu benchmark, the gaming performance is also better on the Kirin 810 in comparison to the Snapdragon 730. The Mali-G52 GPU present in the Kirin 810 is 25% better according to the score than the Adreno 618 GPU. Gaming experience might be better on Kirin 810 in the comparison of Huawei Nova 5 Vs Redmi K20. Huawei has done quite a good job here with their latest midrange processor. If we compare it with the Kirin 710 then the new processor scores almost 70% higher.

The Kirin 810 offers 11% better single-core scores and 13% better multi-core scores in the Geekbench in compare to Snapdragon 730.

The Kirin 810 is a 7nm Octa-core SoC. The Qualcomm Snapdragon 855 and Apple A12 Bionic are also based on 7nm technology. It has 2 Cortex-A76 cores clocked at 2.27GHz and 6 efficient Cortex-A55 cores clocked at 1.88GHz. Mali-G52 GPU is present for better graphics performance. Huawei has also implemented a new Neural Processing Unit (NPU) based on the Da Vinci architecture. It delivers better AI performance than Snapdragon 855 processor and even Kirin 980 chipset.

According to Synced, NPU will help in the deep learning algorithm such as Night mode in the selfie camera and better RAW images.

On July 23 new Honor 9X and 9X Pro are going to launch in China. Similar to the Huawei Nova 5, the 9X series will be also powered by the latest Kirin 810 Soc. It is the successor of the last year’s Honor 8X. The benchmark score of the Kirin 810 is very impressive and hence the performance of the Honor 9X is going to be great. Honor will also bring these smartphones in India. Check out our detailed article about Honor 9X.

READ MORE: Honor 9X With Kirin 810 Is All Set To Launch On this date in China

What do you guys think about the Kirin 810? Let us know in the comment section below. Also, which one is your favourite between Huawei Nova 5 Vs Redmi K20?