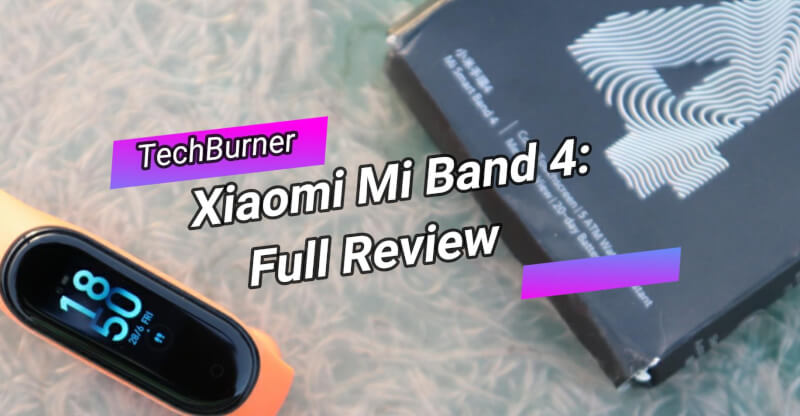 Xiaomi has been blazing the market with its Mi Band series in the past. In fact, Mi Band 4 has been the best fitness tracker in India in terms of sales, value-for-money and user satisfaction. Mi Band 1 never came to India, whereas every later version did land. One key USP for all Mi Bands which attracts consumers is the huge upgrades in specs in each version. Even if you own a Mi Band 2, you’ll be attracted towards Mi Band 3. That’s what makes it so special and successful. Now, Xiaomi has launched the new Mi Band 4 in China and we’re extremely excited. Though it’s not available in India yet, you can still buy it from AliExpress (link below). But before you buy it, we’ve done it for you and used it for a complete month. Check out our experience of the brand new Mi Band 4 review before you decide to buy it. 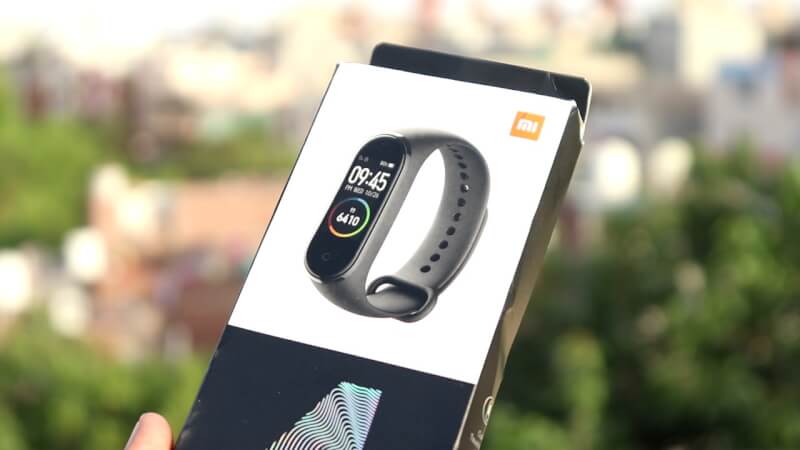 Buy Mi Band 4 without NFC variant from AliExpress in India

Mi Band 4 has a pretty competitive spec list when compared to its price. Moreover, a few places are worthy upgrades from the Mi Band 3. Before we start the Mi Band 4 review, let’s have a brief look. 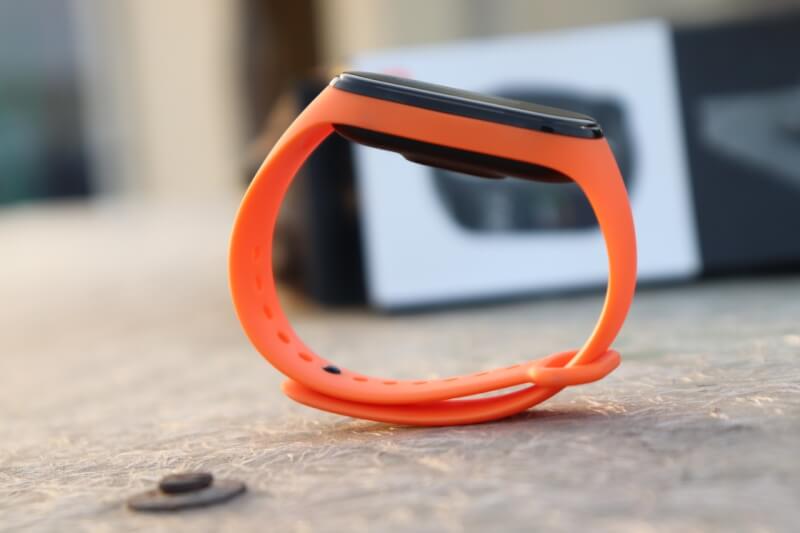 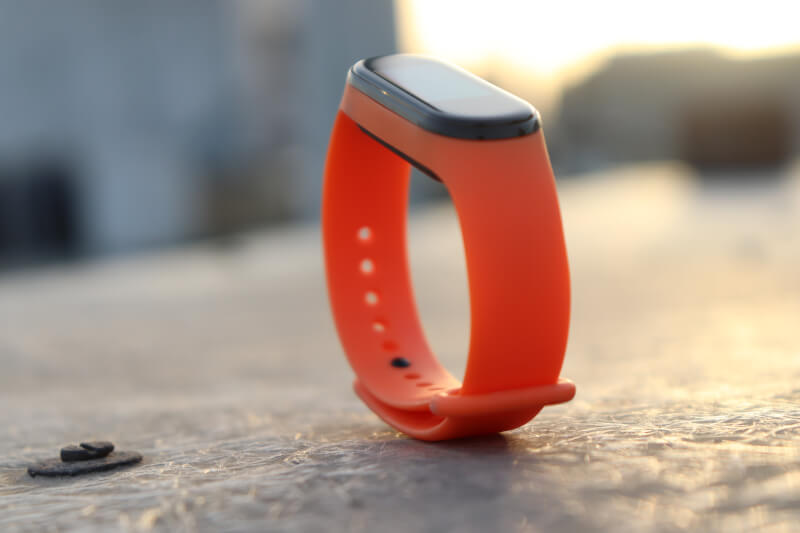 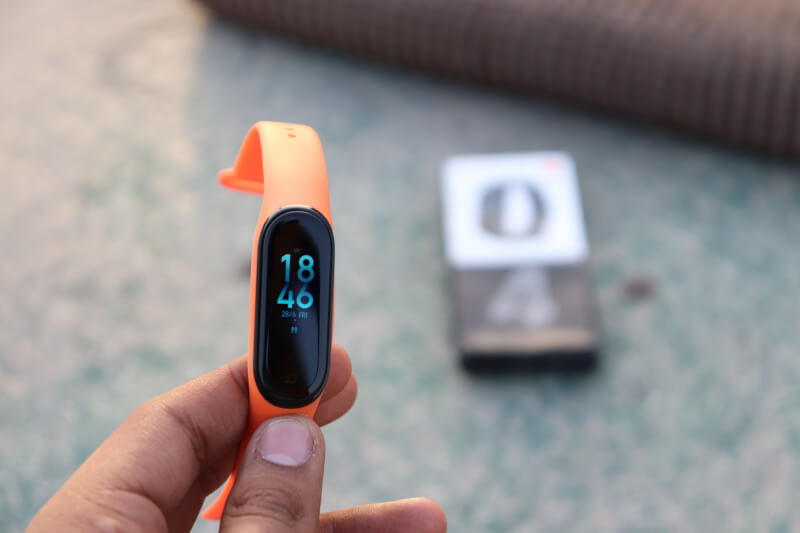 * Mi Band 4 is available in China as of now. There are 2 variants.

Here we are using the “Without NFC” version in our Mi Band 4 review as this is the one expected to launch in India.

NOTE: Let’s talk about what you’re here for. Keeping in mind, we’re using the Chinese imported Global version without NFC in our Mi Band 4 review.

The new Mi Band 4 resembles the older Mi Bands in terms of looks but upgrades in the display only. From the perspective of build quality, it is decent. Mi Band 4 comes with 5ATM 50m water resistance, which is similar to Mi Band 3 but is expected in this price segment. Rains or a swim won’t harm it anyhow. However, it is made of polycarbonate or plastic, to be precise, which is again expected.

The capsule feels sturdy, but the strap is exactly the same of Mi Band 3. Mi Band 2 had a major defect of the capsule coming out from the strap, which was fixed in Mi Band 3. However, Mi Band 3’s strap isn’t the most sturdy or reliable. It came off many times in our usage, and that same strap is used in Mi Band 4. Being optimistic, this makes the use of Mi Band 3’s straps in Mi Band 4 available. However, I would still prefer Honor Band 4’s strap for reliability and it’s a point worth mentioning in the Mi Band 4 review. 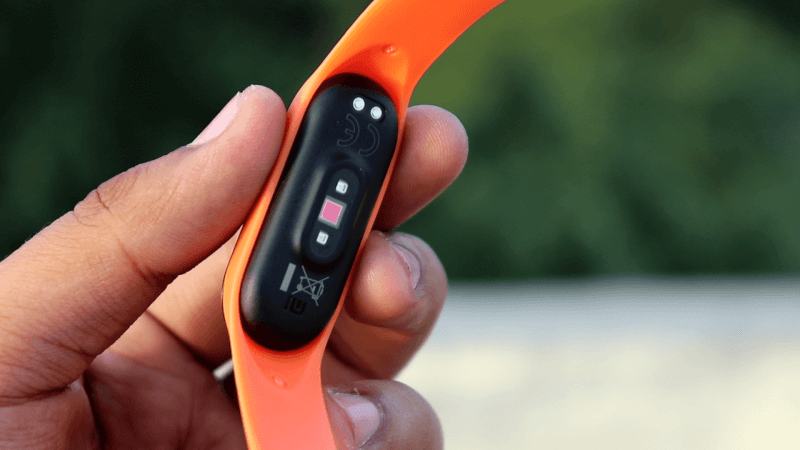 The top glass is 2.5D which not only helps it to look good but also makes the capsule less prone to come off the strap. However, I’m very least worried about the capsule coming out of the strap. Unless you haven’t placed it properly, it should never. Also, some of the silicon straps used in common market bands cause skin itching and rashes. However, I never faced this issue with Mi Band 3, needless to say, with Mi Band 4 too. If you’ve such sensitive skin issues, consider a physician before using.

Also, if you’re worried about the heart-rate sensor being prickly, let me assure you, it isn’t at all. 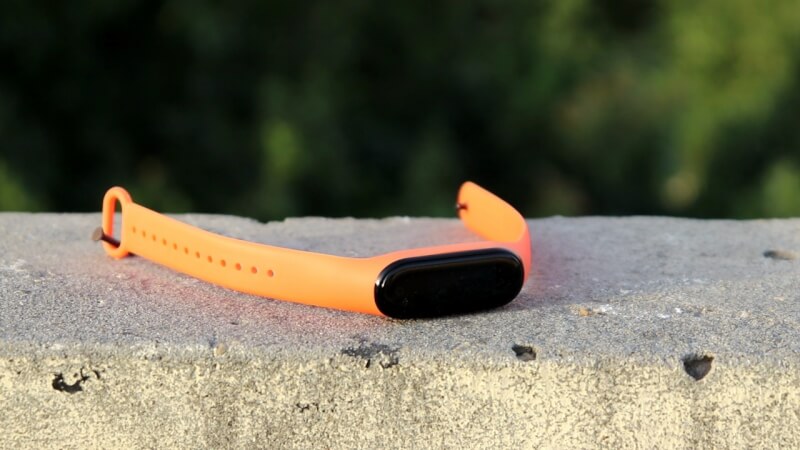 This time, we’re glad to mention it in the Mi Band 4 review, that it has a colored AMOLED display. This is a big upgrade and worthy. There are more than 77 watch faces which can be synced with any Android/iOS device. It has a 0.95inch dimension which is a bit bigger than the last year. In addition to that, 24-bit color depth makes it more eye-pleasing. The brightness is extremely on point and is directly visible in bright sunlight easily. 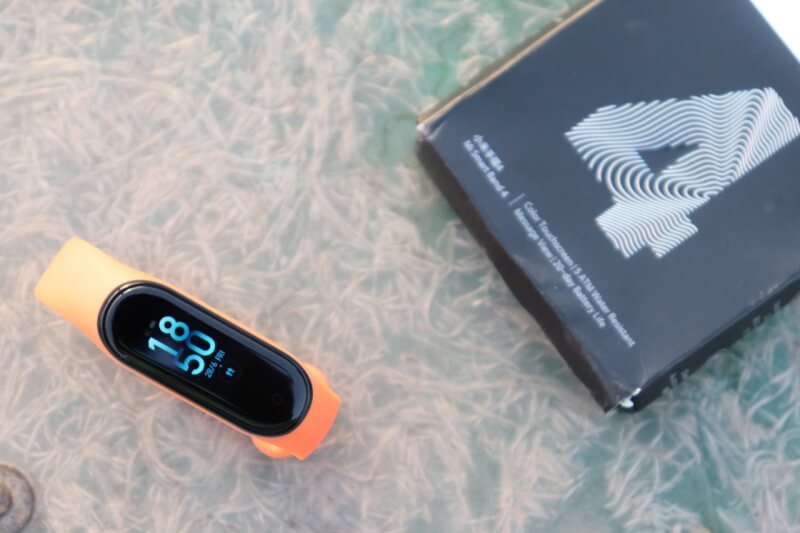 The curved 2.5D glass makes to swipe left and right a bit more ergonomic. With a flat glass, each time the finger would’ve hurt something, which isn’t the case in Mi Band 4. Though, it’s worth mentioning in the review that sweaty/dusty hands sometimes caused the touch to be unresponsive. Sadly, this problem is still persistent since Mi Band 2. I just rub it on my Tee or clean my hands before being able to use it again.

The new Mi Band 4 comes with a 135mAh battery. Xiaomi upgraded it from 110mAh because of the colored display. But the charging time remains same- a long 2hours. However, with a 2-hour charge, it can run up to 14-15days without an issue. I didn’t have the heart-rate monitoring turned on all the time as I noticed a major hit in the battery life with that. I just checked it from time to time.

What we appreciate gladly, is the new charging dock. Mi Band 2 users would know how painful it was to connect the capsule to the charger correctly. Mi Band 3 tried to solve it but failed somehow. However, Mi Band 4, with a proper charging dock is a breath of fresh air. Although the problem is solved, this also implies that the Mi Band 4 still has a proprietary charging mechanism which is unfortunate in 2019. I would’ve really liked a type-A, type-C or at least Micro-USB charging mechanism. Cause once you lose the charger of Mi Band 4, you’ve to buy one, no other escape!

With a minimal watch face in the AMOLED display and heart-rate monitoring set to manual, you can hit the claimed 20-day battery life as I went up to 15, with rigorous testing for this Mi Band 4 review.

The new Mi Band 4 is a tad bit accurate than the Mi Band 3. We checked the heart-rate rating with the Galaxy S9, and the results were pretty close. Although the step counter is accurate enough, Apple Watch-4’s precision is not to be expected. Sitting idle, if you shake it, it registers footsteps, so don’t try that. It registers a few while traveling by vehicle too, but not as much while walking. 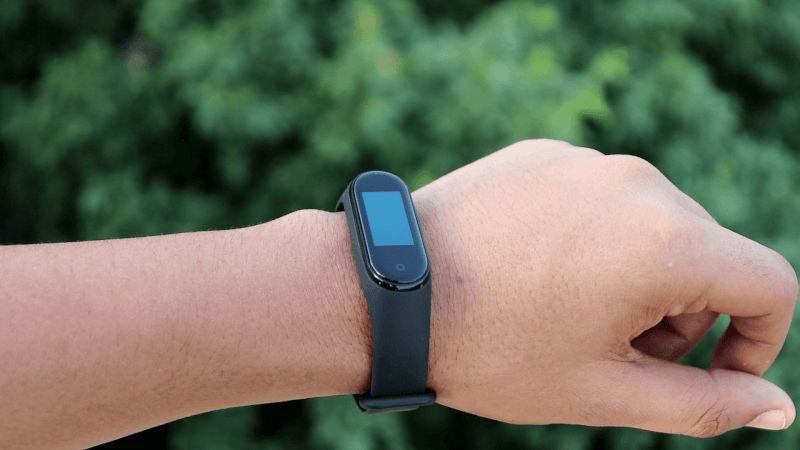 Exercise modes in the Mi Band 2 were a gimmick. With Mi Band 3, things improved. And now, Mi Band 4 is fairly accurate in those segments, kudos Xiaomi. Although, while we’re in the Mi Band 4 review, it should be noted that I couldn’t figure out the treadmill mode. I ran for 20mins, and the Mi-Fit App designed to sync and record data from Mi Band 4, showed that I haven’t covered enough distance! Maybe it’s just me, but worth mentioning in the Mi Band 4 review. Also, there are some improved swimming modes, which alas, I couldn’t test due to lack of swimming knowledge. 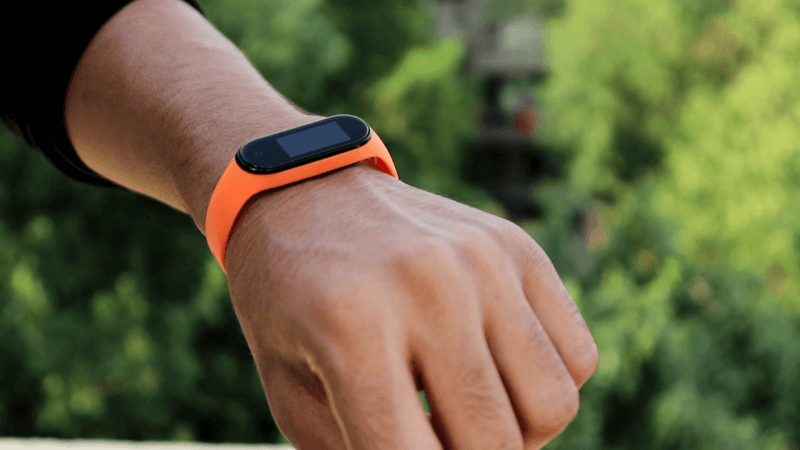 As a huge upgrade, the Mi Band 4 now supports Google Assistant. Therefore, it can be used to do a lot of tasks easily with voice rather than picking up the phone multiple times. While this has a 16MB memory which sounds less, it is huge for a band that just needs to store a few data. While you sync it with the app, this gets cleared and the data is stored in the cloud. So, even if you don’t sync with the app for 7-10days, you’re completely fine.

Mi Band 4 NFC/Non-NFC- Which one to buy?

In the Mi Band 4 review conclusion, it can be said that the Mi Band 4 is a great fitness band without competition. In the 2000-2500 INR bracket, there’s no other product available to compete. Unless Honor Band 5 brings out a miracle, Mi Band 4 is the only option to opt for- and it is great. With a new account in AliExpress, there is a $3 voucher which will be beneficial. However, if you own a Mi Band 3 already, it would depend on your choice if you would like to upgrade or not. From an average consumers viewpoint, Mi Band 3 is still good enough. But, if you are crazy over a colored display, multiple watch faces and you’re someone who relies on the Mi Band 3 for swimming stats, Mi Band 4 is the upgrade to go for.

Buy Mi Band 4 without NFC variant from AliExpress in India

As this is a Chinese import, it might take 20-25 days to deliver.

That’s All For Today. Stay Tuned To TechBurner For More such reviews.