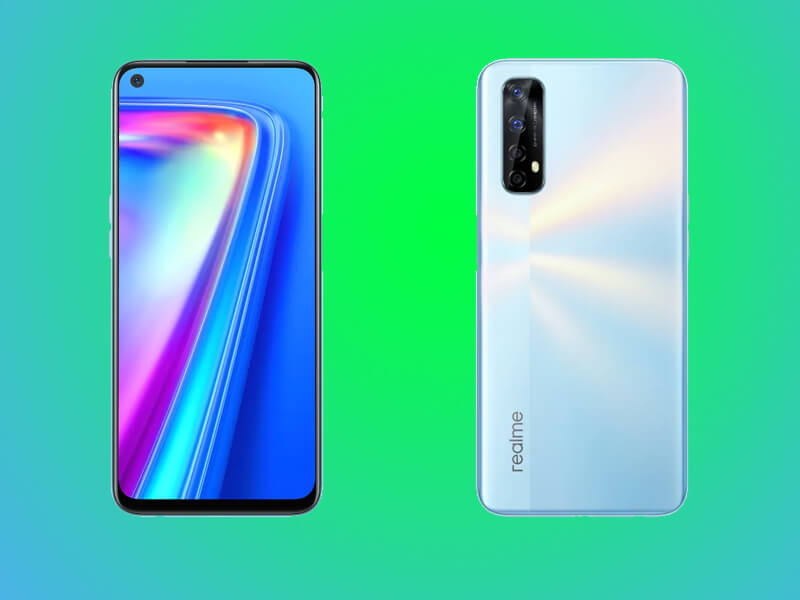 Realme is one of the few companies who is dominating the smartphone market in India. The brand focusses of value for money smartphones since their first device. Realme now has teased their next smartphone under its number series. This smartphone will be the Realme 7i which can be said as the Lite Version of the Realme 7. This Realme 7i leaks revealing online shows the back panel and camera layout. It is also suggested that the device might come up with Snapdragon 662. Continue reading this article to know more about Realme 7i leaks and Realme 7i specs. We will also be discussing the expected Realme 7i launch date in India and Realme 7i price in India.

Recently, Realme officials teased a new smartphone online in Indonesia, revealing two new upcoming smartphones: Realme 7 and 7i. Last week Realme launched its 7-series in India: Realme 7 and 7 Pro. The Realme 7i will be launching first in Indonesia and then will come to India. Realme 7i leaks suggest having a quad-camera setup on the back. The four cameras on the back are arranged in an inverted L formation inside a rectangular island. Similar to Samsung and Honor designs. 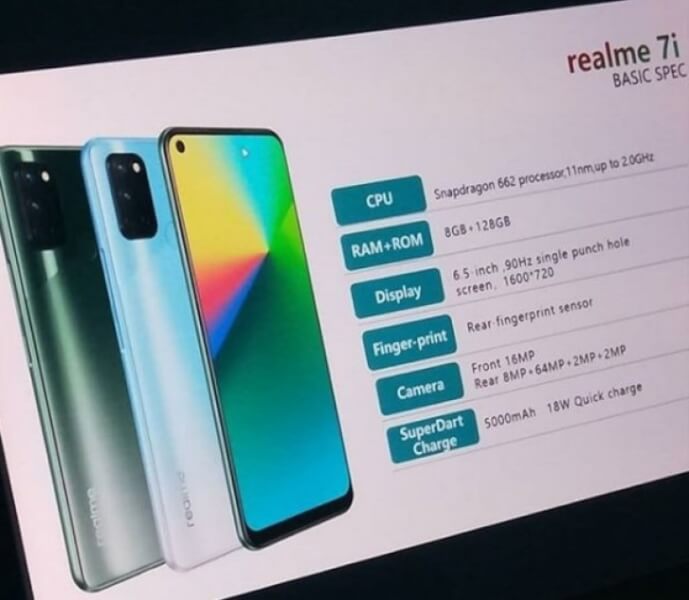 The rear cameras may have a 64MP quad-camera setup. Additionally, it will have an 8MP ultrawide, 2MP Depth and 2MP Macro setup. Furthermore, the back panel of the smartphone appears to be made of plastic.

Here are the expected Realme 7i Specs as per leaks:

Realme 7i Launch Date in India

The device was teased for 17th September launch in Indonesia. We expect that the company will launch soon after. Realme 7i launch in India is expected to happen by October 2020.

Realme 7i Price in India

Considering the device has midrange Snapdragon 662 and FHD+ display we expected it to be priced below Realme 7. Therefore, the Realme 7i price in India is expected at around Rs 11,999.