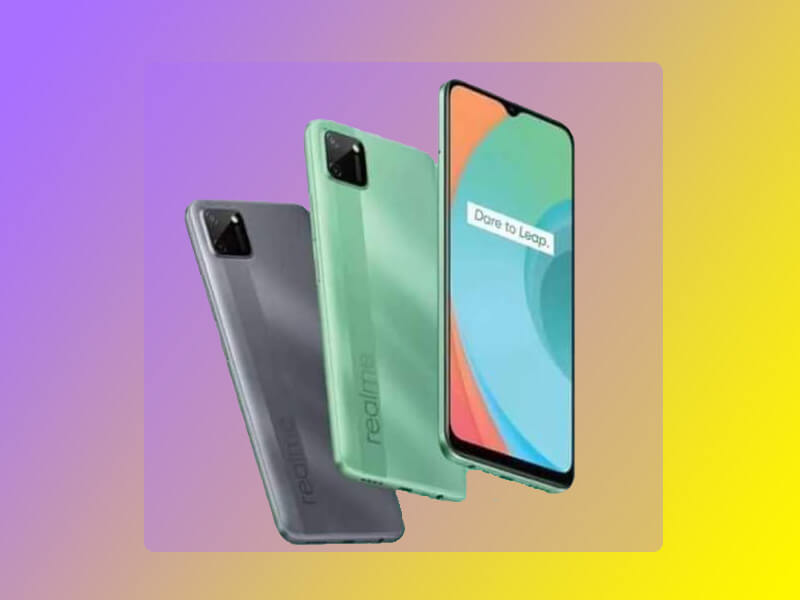 Realme has launched phones in most segments, from entry-level to flagship level. They have claimed to design their devices with the vision of smartphones for every Indian. Now, after launching Realme X3 and X3 Superzoom, they seem ready to go with their next device. The rumored phone will be an entry-level C-series product. In this article, we will discuss Realme C11 leaks and cover all the Realme C11 features based on the leaks and rumors. Moreover, we will also mention the Realme C11 price in India and the Realme C11 launch date in India. So, without any further ado, let’s head into the article. 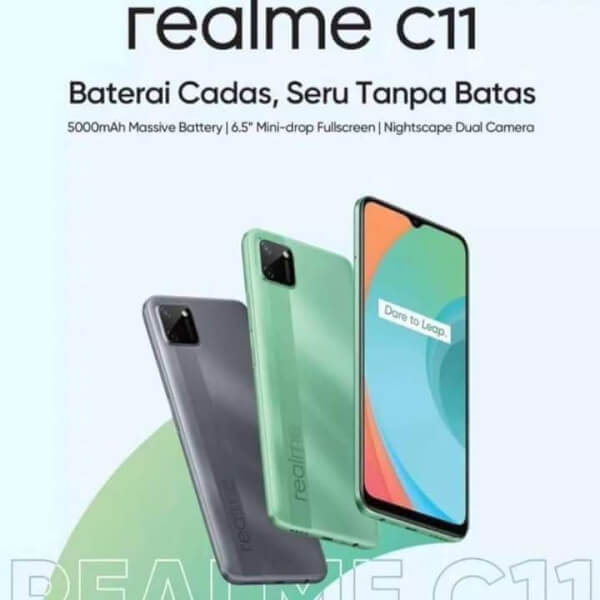 The Realme C11 leaks hint towards many specific features, but the processor is basically officially confirmed already. Realme C11 will feature Mediatek Helio G35. Notably, it will be the first device to have this processor. The G in the processor’s name stands for Gaming, which suggests that Realme C11 will give a good performance in terms of gaming experience.

A leaked poster reveals a new squarish camera layout and a dew-drop notch at the front. The poster is in Indonesian and reads “Baterai Cadas, Seru Tanpa Batas,” which translates to Rocking Battery, Exciting Without Limits. The device has a massive 5,000mAh battery with a 6.5-inch mini-drop fullscreen display and a Nightscape dual camera. There are two color variants shown in the poster, Green and Grey.

Below are the listed features of Realme C11 that are confirmed to some extent or based on leaks.

As mentioned in the leaks section, the back of the device will have a squarish dual-camera setup in the top-left corner with an LED flashlight. Additionally, Realme branding will sit in the lower-left corner placed vertically. At the front, the smartphone has a 6.5-inch mini dew-drop notch full-view display. Talking about the battery, Realme C11 sports a gigantic unit of 5,000mAh energy capacity with 10W charging support.

The camera is one of the main concerns for most smartphone users. Realme C11 will have a dual rear camera setup that may feature a 13MP (Primary, PDAF) + 2MP (Depth, f/2.4) configuration. The front camera of the device could have 5MP with f/2.4 for shooting self-portraits.

Realme C11 has the powerful Mediatek Helio G35 processor. It is a potent gaming processor for entry-level smartphones. Realme C11 will be the first device to be equipped with this processor. Moreover, it will feature the support of Octa-core 2.3 GHz Cortex-A53 for an overall good entry-level performance.

The table below has the sum-up of the highlighting features. 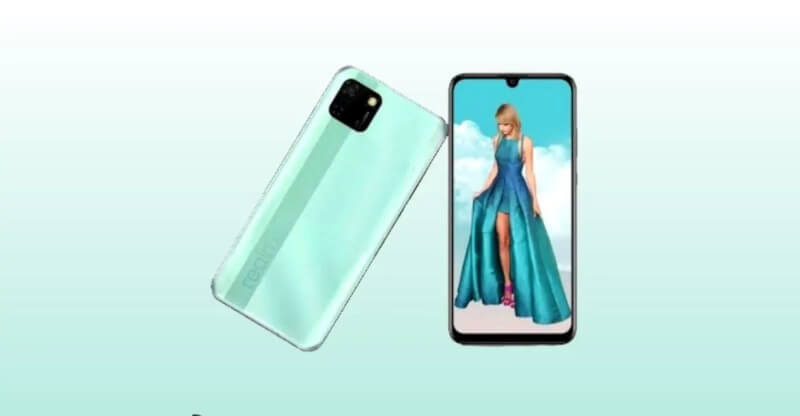 No fingerprint sensor was seen in the leaked image or proposed by any leakster. This, unfortunately, suggests that the device may not have a fingerprint sensor. The lack of one will surely affect the Realme C11 price in India.

Realme C-series is an entry-level line-up to take control over the market. Therefore, the Realme C11 price in India can be around Rs 9,999 for the base variant. However, the price is just a guess, and we will update you as soon as we get further information on it.

Realme C11 is going to launch in the Indonesian market on 30th June. However, the device has already appeared on the BIS certification list. So, we can expect the Realme C11 launch date in India to be set soon after the event Indonesia. Realme fans out there must be eagerly waiting for the reveal of Realme C11 launch date in India, so here it is. The expectation is that the device will come to India in early July days. Realme is yet to make an official announcement.