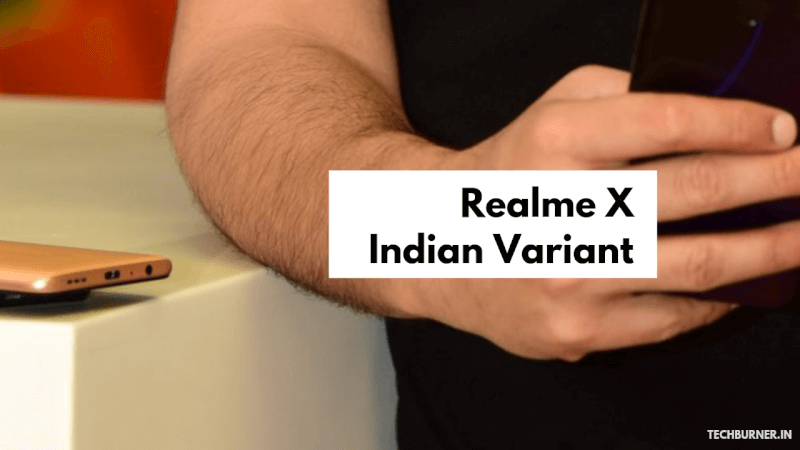 Smartphone brands usually tease their upcoming devices. We have recently seen that Redmi was teasing Redmi K20/K20 Pro as the Flagship Killer 2.0. Now, the CEO of Realme Mr Madhav Sheth is teasing an upcoming Realme smartphone in his latest post. Realme X was launched in China a few days back and they have also confirmed that the Realme X Indian Variant is definitely coming to India. Let’s have a look at the post and also talk about the Realme X India Launch.

So Mr Madhav Sheth has posted this photo on his Social Media handles. As you can see in the photo, he is holding Realme 3 Pro in his hand. But there is one more smartphone in the image. Look at the White table on the left side. There is a smartphone in Pinkish Golden colour. We can see the bottom part of the smartphone.

It's a busy weekend for me. How about you guys 🙂 Are you chilling or travelling? pic.twitter.com/qE8Hdnc6s1

Realme CEO tweeted about the Realme X Indian Version a few days back. He mentioned in the tweet that there will be a special variant of Realme X for India. Realme X was launched in China with Snapdragon 710. In India, the Realme 3 Pro is already here with the same processor and hence Realme might use different chipset for Realme X Indian Variant. We will keep you updated about Realme X India Launch.

Read more: Realme X launched with Snapdragon 710 and Pop-Up Camera at ₹15,000: Here are the details!

#realmeX may not necessarily launch at the same specs in India.

We are planning to have an #realmeXIndian version and
pricing maybe around 18k.

Apart from Garlic and Onion, 😊

we will also have one more special variant for India.👍
RT and Guess?

Is This Realme X Indian Variant?

First, look at this photo of the Realme X China Variant. As you can see, there is a 3.5mm Headphone jack, a USB Type-C Charging Port, the Primary Mic and the Speaker grill. Also, the speaker grill is divided into 3 parts.

Now, look at the bottom part of the smartphone which is teased by Realme CEO Mr Madhav Sheth. Everything is similar from the USB Type-C port to the 3 holes Speaker Grill. It is worth mentioning here that every Realme Smartphones have Micro USB port in India. Realme X is the first device to have a Type-C port. It clearly suggests that the phone lying on the table could be the Realme X! 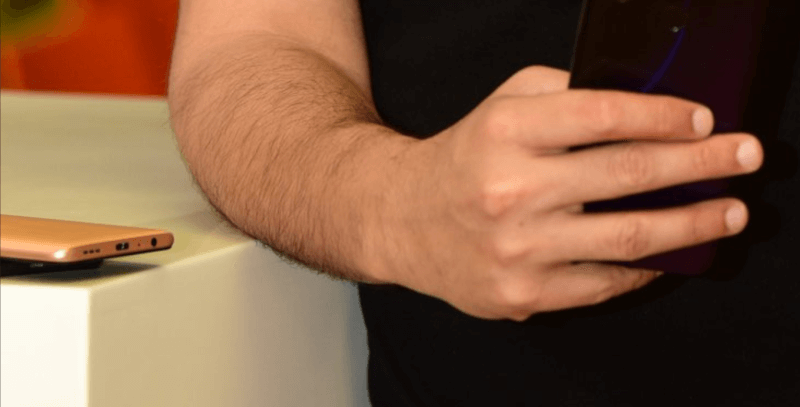 Here is one more point we should discuss. So, the Realme X was launched in two different and unique colours, Onion and Garlic. The smartphone teased by Realme looks very similar to the Onion edition of Realme X. Isn’t it? 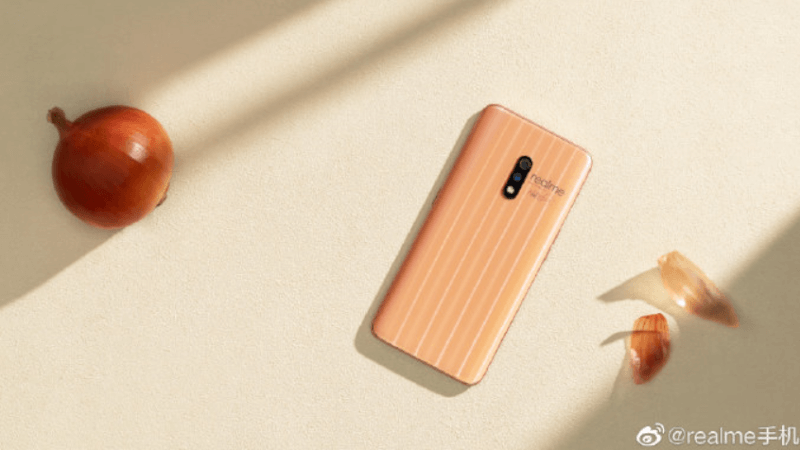 Keep your eyes on this article to know more about the Realme X India Launch. Also, let us know your thoughts about this topic in the comment section below.