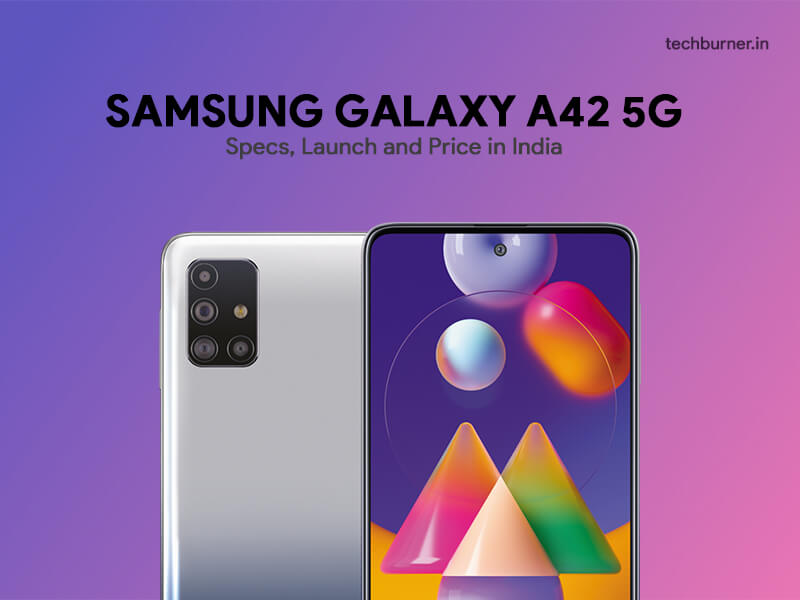 Recently the phone was spotted in Chinese 3C certification which has model number SM-A426B. The battery has the model number EB-BA426ABY. It has been listed with 4,860mAh on the certification website. The Samsung Galaxy A42 5G leaks also suggest that the phone will have 128GB onboard storage. Moreover, we do not have any official information about this phone yet. We, however, expect this phone to be a significantly improved version of Galaxy A41, which made an appearance in early 2020. Since this phone is a 5G phone, we expect that this phone may equip the latest Dimensity 720 chipset. The Galaxy A41 had Mediatek Helio P65 chipset. More Samsung Galaxy A42 5G specs are listed below.

The Galaxy A41 is available at Rs 22,990 for the base variant. Since the device will have 5G, SAMOLED display and more. Subsequently, we expect that the Samsung Galaxy A42 5G price in India may start from Rs. 24,990.

Samsung brings an update to their M-series and A-series line-up in few months gap. For now, the company is preparing its launch for Galaxy M31s on 30 July. Later on their flagship smartphone Galaxy Note 20 series and Galaxy Fold 2. Finally, we expect that Samsung Galaxy A42 5G launch in India may take place in late September 2020.