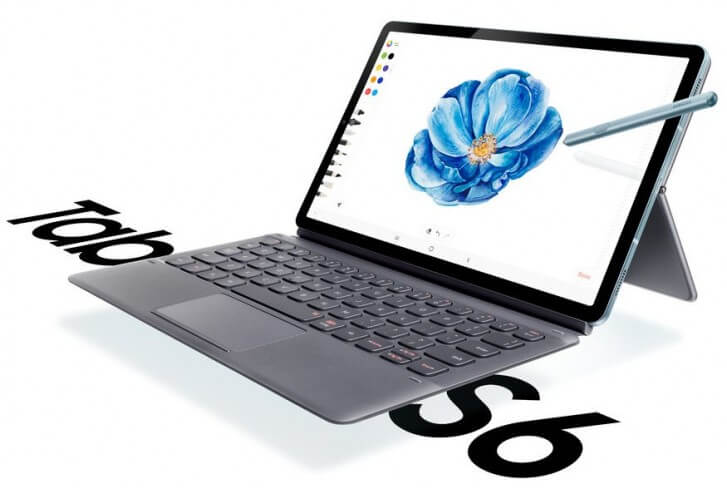 Apple launched the iPadOS for its iPad bringing in a lot of additional functionalities which are not present in the iOS. To compete with the iPad, Samsung is working on its Tab S6. The Samsung Tab S6 will be a premium tablet with flagship-level specifications. In this article, we will show you some Samsung Tab S6 renders. We will also discuss some leaked Samsung Tab S6 specifications. So sit back and relax and enjoy the article.

The first impressions of these renders are great! The tablet looks slimmer than the previous Gen Samsung Tab S5e featuring a metal body. The bezels are uniform on all sides. The dual-lens setup on the back is a brand new addition. I am not the biggest fan of the Tab S6 S-Pen’s location but can get used to it. The thickness is 5.7mm which is thinner than iPad Pro. There are three colors to be launched: Rose Gold, Grey and Light Blue.

The Samsung Tab S6 is a rival of Apple’s iPad Pro so the specifications for this tablet are really high level. The display is set to be a 10.5 inch AMOLED which gives it an edge over the iPad. It is rumored to have a Qualcomm Snapdragon 855 (one 2.8GHz core, three 2.4GHz cores, and four 1.7GHz cores) which is a 60% quicker in graphics rendering than the last-gen Tab S4 which had a Snapdragon 835. The Samsung Galaxy Tab S6 is powered by a 7,040mAh battery, which the company claims lasts for a full 15 hours of video playback.

The Galaxy Tab S6 has a dual rear camera setup with a 13MP f/2.0 primary sensor and a 5MP f/2.2 ultra-wide sensor that has a 123-degree field of view. It has an 8MP f/2.0 sensor on the front for selfies. There is an extra hole in the front apart from the front camera which can either be for face unlock or Iris Scanning. The Tab S6 also features an in-display fingerprint scanner.

The earliest leaks have also shown a Keyboard case just like the iPad’s keyboard case. Also a type-C port for charging but no headphone jack which is always disappointing but we have gotten used to it. The S-Pen will probably ship with the tablet and the keyboard case can be bought separately. The tablet will come in two variants: 6GB of RAM + 128GB and 8GB of RAM + 256GB of internal storage, which can be expanded up to 1TB via MicroSD card.