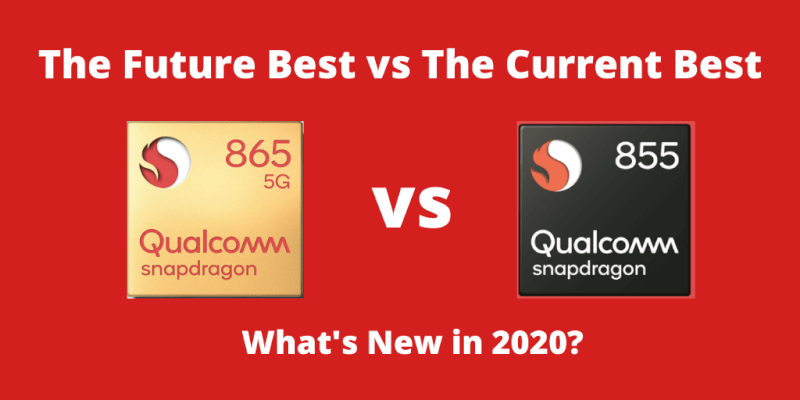 Snapdragon 855 launched a year back and since then Qualcomm started working for the next best, Snapdragon 865. In the Annual Tech Summit, the naming and the existence of 865 has been confirmed. Unlike past few years, last year Qualcomm brought 2 flagship chipsets named Snapdragon 855 and 855+. This year, they decided to follow their tradition and go with Snapdragon 865 which will be used in the upcoming 2020 flagships. Also, two chipsets other than the might 865, 765 and 765G were also announced for the midrange, but that’s a debate for another article ain’t it? Here we discuss and compare Snapdragon 865 vs Snapdragon 855 / plus.

Firstly, we list all the differences in a tabular format below and later discuss some interesting things we noticed. 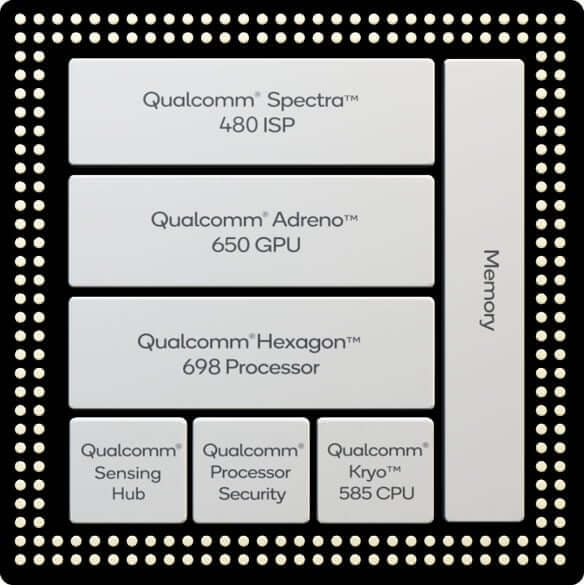 In terms of raw specifications, there are no noticeable differences. However, the architectures have changed, which implies stability, lower power consumption which cannot be described in “numbers”. The single primary core of 865 and 855 both are powered at 2.84Ghz, 3 supporting cores are clocked at 2.42 GHz, 4 power-efficient cores are clocked at 1.8 GHz. There’s no difference in Snapdragon 865 vs Snapdragon 855 here. Although, the ARM architecture has been upgraded from A76 to A77-based cores. Careful, don’t be fooled by the numbers here, the architecture boosted 25% more performance improvement alone keeping low heating, better stability, and lower power consumption. 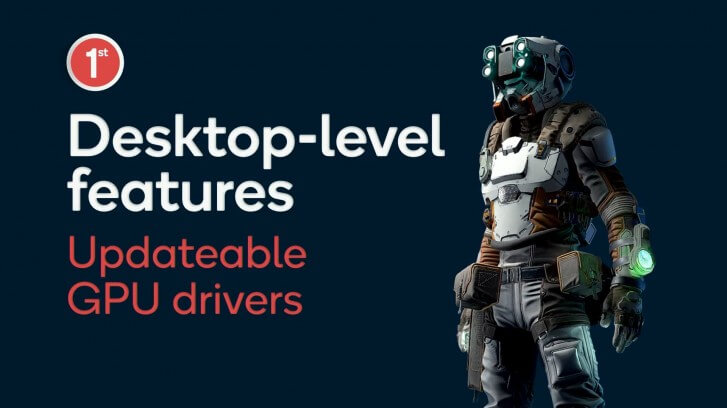 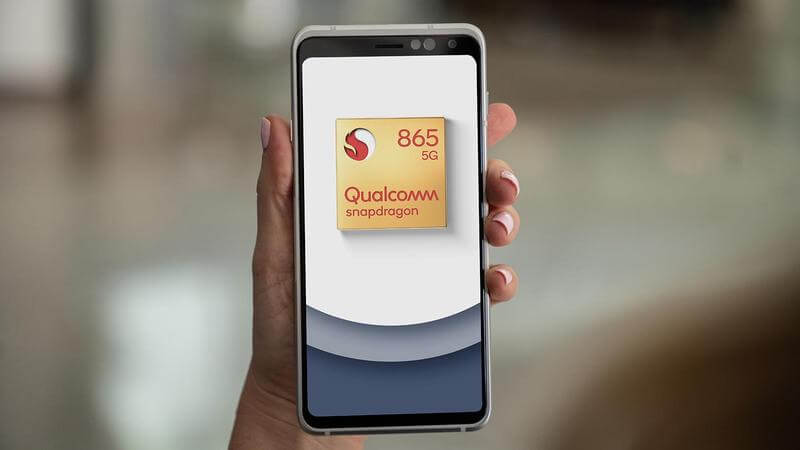 Razer-phone started the 120Hz display trend which was adapted by Oneplus in 2019. The Oneplus 7 Pro came with a 90Hz display. This quickly got the attention of OEMs and Realme X2 Pro, Pixel 4XL and many others came with 90Hz refresh rates while a lot came with 120Hz, including the iPad Pro. This year, in the specification list of Snapdragon 865 vs Snapdragon 855, we can see that the newer supports QHD+ 144Hz displays! That’s going to be insanely smooth and bringing that to such a small device is a great achievement by Qualcomm! Not to forget, similar to 855, 865 also supports HDR10+ content. 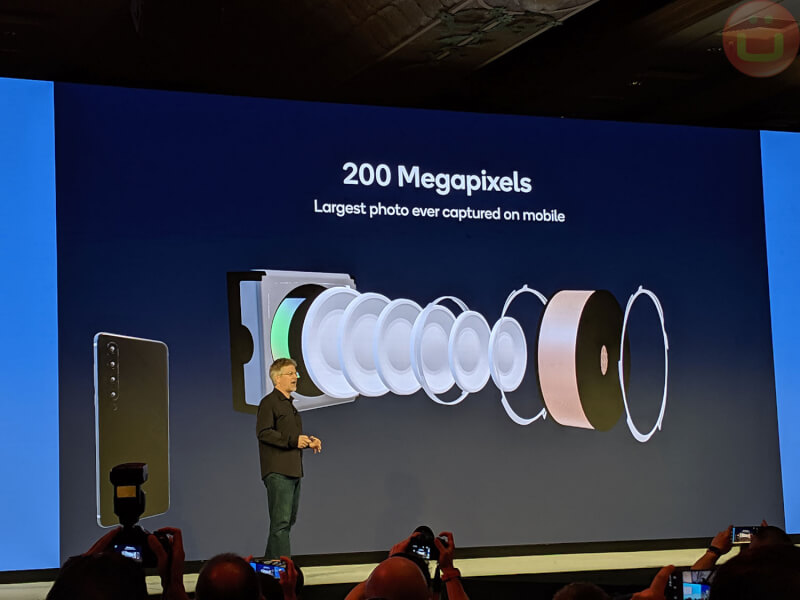 The Spectra 480 ISP on Snapdragon 865 has made improvements to the camera performance and it can process images up to 200MP (or 64MP ZSL) in size. The “Gigapixel speed” of the Spectra 480 ISP allows capturing of  64MP burst images and 4K HDR video simultaneously. On the other hand, Qualcomm Spectra 380 image signal processor on 855 supported up to 48MP shots with zero shutter lag.

For Snapdragon 865, we have support for LPDDR5 memory at up to 2750MHz for RAM, better than the current Snapdragon 855’s LPDDR4 2133MHz RAM support. Again in terms of internal storage, both SoCs support UFS 3.0 storage for faster read and write speeds. 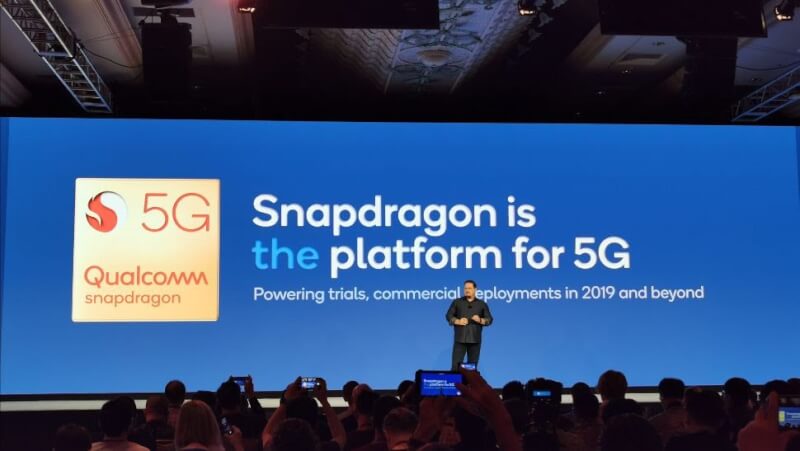 Like last year’s Snapdragon 855 SoC, the latest chipset 865 also uses an external 5G modem. The expected integrated 5G modem might be worth a wait of another year. However, Qualcomm has unveiled 765 & 765G processor with a built-in 5G modem which gives an advantage than 865 in case of lower power consumption.

The change, however, stands in the 4G department, which is quite obviously, more popular than 5G and will remain so for a couple of years. The new X55 modem in the Snapdragon 865 not only supports 5G but also 4G and so on. This implies that the extra X24 modem in the Snapdragon 855 is of no need. Hence, the 4G top download speeds increase from 2Gbps to 2.5Gbps and the 5G speeds jump from 5Gbps to 7Gbps. So instead of an X50 5G modem+X24 4G modem, now we have one X55. In addition to everything, X55 supports SA/NSA 5G networks both unlike only NSA in X50 to ensure more 5G band support.

In the GeekBench benchmarking website, the Snapdragon 855 SoC scores up to 3,400 points for single-core and a multi-core score of up to 10,000 points. Recently, an unknown device code-named “QUALCOMM Kona” which is believed to be powered by Snapdragon 865 SoC spotted on the Geekbench that reveals 4303 points for the single-core performance and a multi-core score performance of 13344 points. So, according to Snapdragon 865 vs Snapdragon 855 benchmark test, there’s no doubt about the winner.