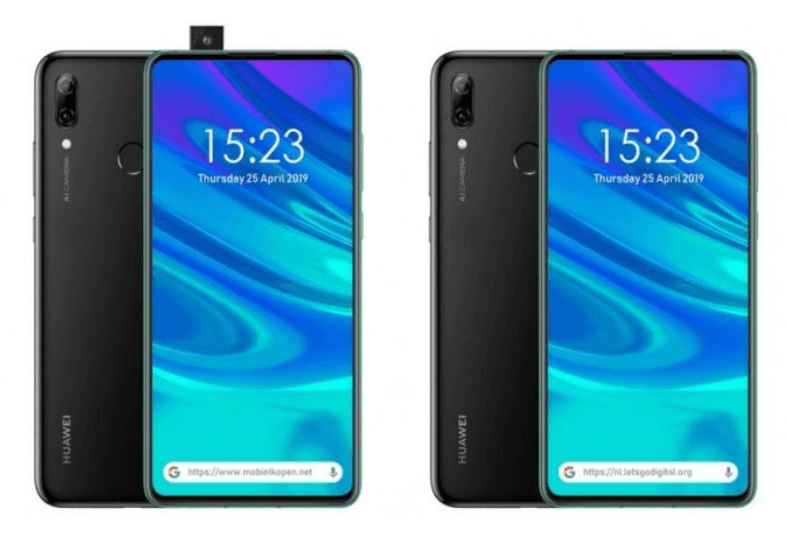 Recently Huawei positioned Number Two in global market shipments. Apple, Samsung, Xiaomi, Oppo – the competition has been around for some time. The second largest smartphone manufacturer in the world is moving in with new possibilities. Huawei is doing quite well from budget to flagship smartphone offerings. Huawei is quickest among smartphone manufacturers to experiment with new form factors like hole-punch displays, sliders, and even foldable devices. Now, following the footsteps of Chinese competitors Vivo and OPPO. Huawei likewise appears to be experimenting with a pop-up selfie camera to achieve large notch-less display. This new smartphone from Huawei is certainly to be called the Huawei P Smart Z. 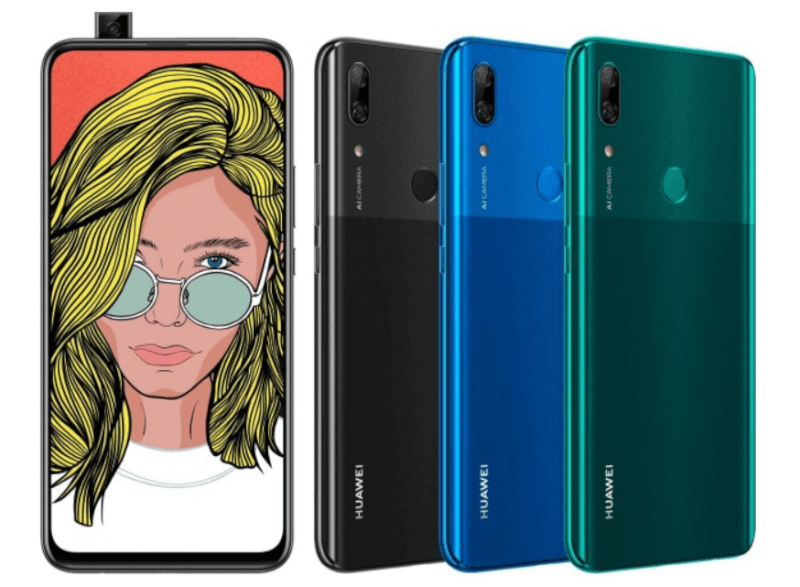 Huawei’s upcoming new smartphone the Huawei P Smart Z is most likely to be in the same series as the P Smart 2019. This Huawei P Smart Z will feature pop-up selfie camera to achieve large Full-View display with no notch. The pop-up mechanism will have a 16MP camera for selfies. Furthermore, it will have a 6.59 Inch “Ultra FullView” display with a resolution of 2340 x 1080 with an aspect ratio of 19.5:9 and a pixel density of 391 PPI. The device will be based on HiSilicon Kirin 710 SoC with 4 GB of RAM and 64 or 128 GB of internal memory. Furthermore, the storage can be expanded via a Micro-SD card which supports up to 512 GB card. 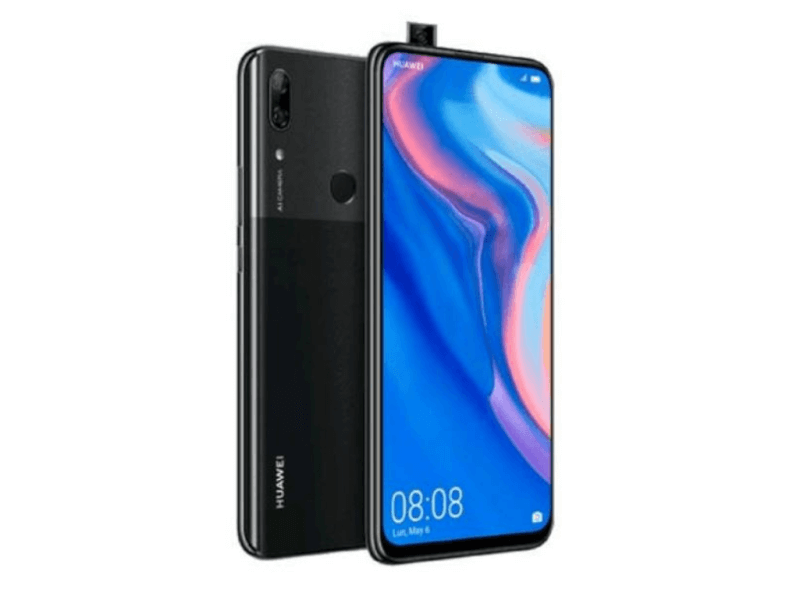 From the leaked renders of the Huawei P Smart Z, the back panel is divided into two segments which could have different textures, similar to Google Pixel smartphones. At Rear of the smartphone will have a dual camera setup. The primary camera will be a 16-megapixel sensor with F / 1.8 aperture and a secondary 2-megapixel camera for depth effects in use. Above all, the phone will run Android 9 Pie with Huawei’s own EMUI 9 interface out of the box. There will also be a huge 4000mAh battery without mention of fast charging.

Also Read: MOTOROLA ONE VISION 21:9 PHONE WITH 48 MP HOLE-PUNCHED DISPLAY TO LAUNCH ON 15 MAY! 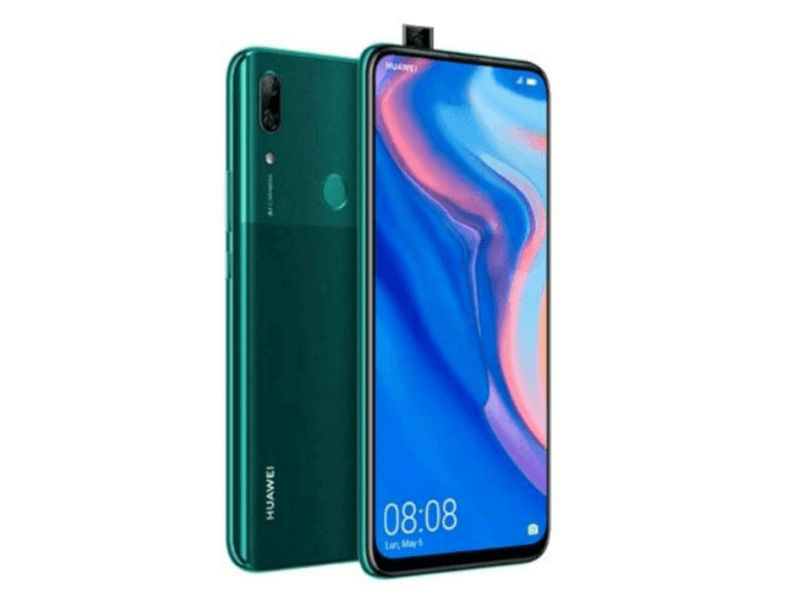 The Huawei P Smart Z is leaked on Amazon Italy with its price and specifications. The P Smart Z was rumoured to carry a price tag of €210, but its Amazon listing reveals that the phone will be priced at €279 (~21,000 INR). That’s a direct conversion but we expect it launch at a price of 18,000 INR and at this price with a pop-up camera would be interesting to see. The launch date is not officially confirmed, we expect launch June first week and sooner to arrive in India. The Huawei P Smart Z is likely to be available in three colours – Midnight Black, Emerald Green, and Sapphire Blue. 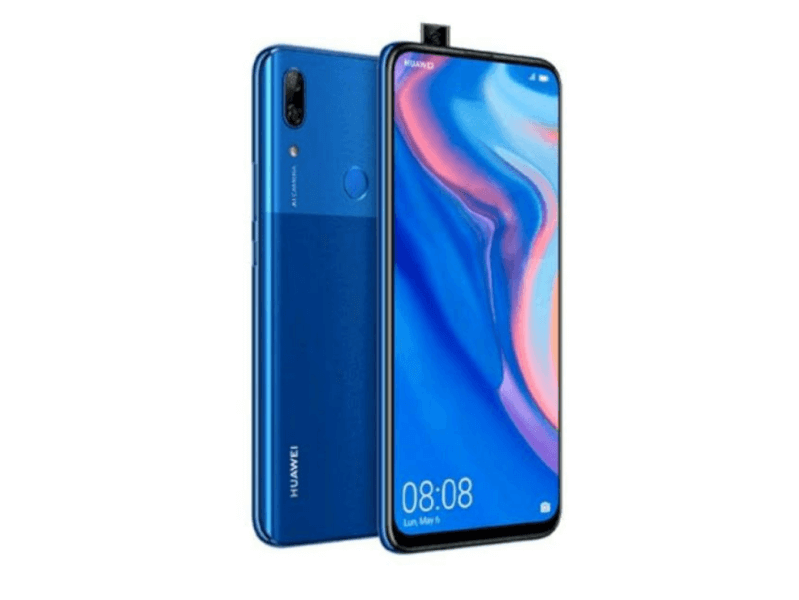 Would be interested to buy this smartphone when it comes to India? Let us know in the comment section below! Stay tuned to TechBurner for more awesome content.