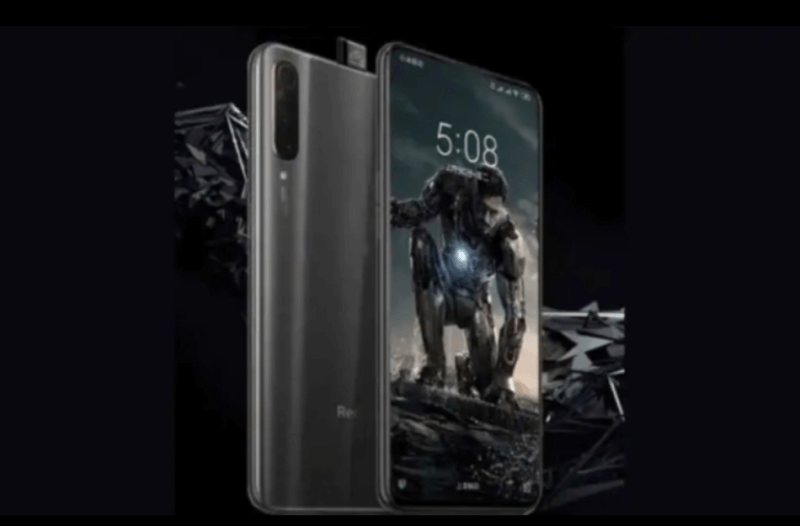 A few days ago a Redmi smartphone featuring Snapdragon 855 was confirmed by Xiaomi via an official Avengers video. Previously, Redmi General Manager confirmed a Redmi flagship coming soon and revealed some important details about the smartphone. Rumours and leaks about the Redmi flagship have been on the internet for a long time now. The latest leak suggested the Redmi flagship would be named Redmi X. This alleged Redmi X smartphone’s poster has now been leaked which shows the phone with a pop-up selfie camera.

Redmi X: What we know so far!

This is for the first time that the Redmi X leaks in a poster. The upcoming Redmi X will be the first flagship smartphone by the Redmi brand. According to the leaked renders, it will sport a glass design on the front and the back with a metal frame. In contrast to previous leaks revealed it will have a 6.39-inch display with a resolution of 2340 x 1080 px. The device will have a pop-up camera mechanism to house the front-facing camera to maximise the screen real estate. 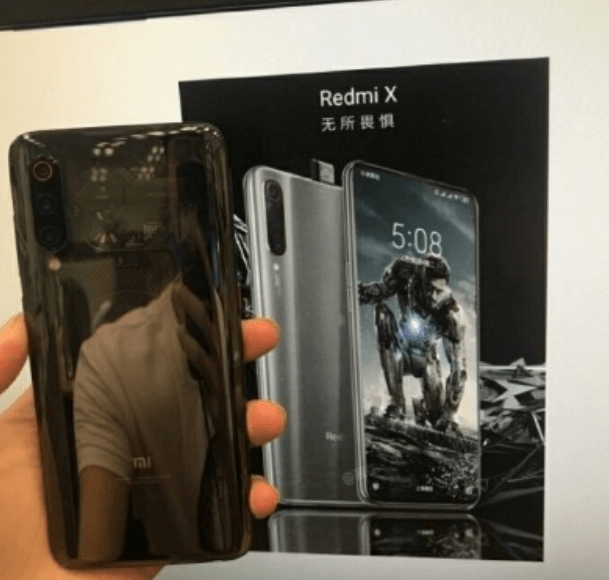 By the looks of leaked poster, the triple rear camera module appears to be similar to what we have previously seen on the Mi 9 launched earlier this year. The triple rear camera setup will comprise of a 48 MP f/1.8 Sony IMX 586 sensor, a secondary 13 MP f/2.2 ultra-wide camera and a tertiary 8 MP f/2.4 telephoto sensor. In terms of memory and storage, the Redmi flagship may feature up to 8GB of RAM and 128GB of internal storage.

This upcoming flagship smartphone from Redmi is expected to launch in the following weeks. Likewise, the Redmi X is said to be the cheapest Snapdragon 855 phone with an expected price tag of 2500 Yuan (~ 25,000 INR). This is the reason why some rumours suggest that Redmi X can launch in India as the Pocophone F2. The company is yet to reveal the details of the Poco F2 launch.

Meanwhile, Realme is also tipped to launch a new flagship phone called the Realme X. This Realme flagship is said to come with a similar pop-up selfie camera and Snapdragon 855. Certainly, Redmi and Realme X will surely disrupt the upper mid-range segment with their offerings. 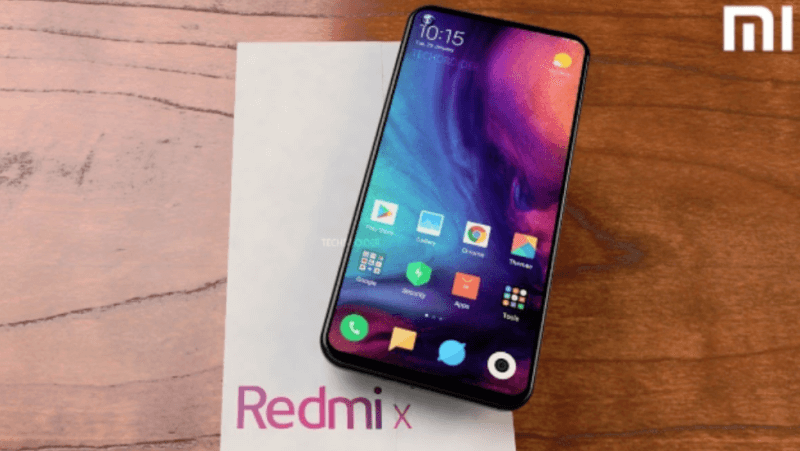 Hope you guys enjoyed reading this news! How much hyped are you for this phone? Let us know in the comment section below. Stay Tuned to TechBurner for more Awesome content!